Progress is being made between protesters and the Fort Worth Police Department.

FORT WORTH, Texas - Progress is being made between protesters and the Fort Worth Police Department.

Moving from marching to meetings: that is the current status for the Unite My Justice group and Fort Worth city leaders.

“The main thing is working with them. Not yelling at them, but working with them to try to fix the problem,” said UMJ President Donnel Ballard. “That’s what we’re doing trying to work together.” 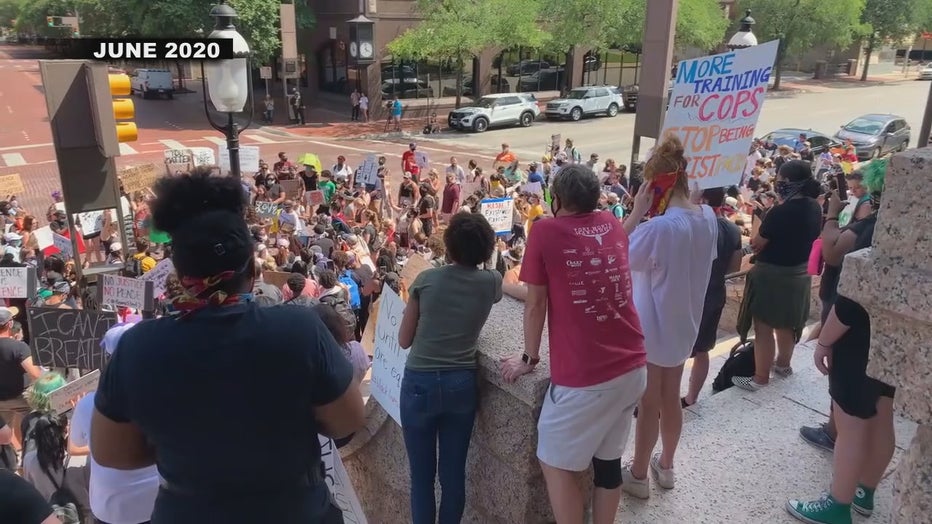 “We don’t want to be here the next 7 to 10 years talking about the same thing,” Ballard said. “We want to fix the problem now.”

Ballard says the city updated its work to implement police policy reforms, including better communication between officers and community members.

“If you tell me to put my hands up, I understand that. That’s me,” Ballard said. “But somebody else may not even comprehend what you’re saying.”

Chief Kraus addressed the meeting in a statement saying: “We recognize there is room for improvement in many of these categories. The FWPD has processes in place to address many of these issues and are working on others. We appreciate that United My Justice is committed to working with the city and police department.”

Ballard says the dialogue does not mean the protesting will cease, but rather they are focused on the moving forward to end what they call senseless killings and excessive force with African Americans.

“Protesting is one thing, but protesting is not going to be the answer,” Ballard said. “The answer is going to be continue to meet with them until we resolve things and fix the problems.”

Ballard says the group plans to meet with city leaders at least once a month through the end of the year. It is their hope to be involved in the selection process for a new police chief to replace Chief Kraus, who will retire after this year.