Protesters gather outside Russian Embassy in DC after attack on Ukraine

Protesters gathered outside of the Russian Embassy in D.C. after the attack on Ukraine.

WASHINGTON (FOX 5 DC) - Protesters gathered outside the Russian Embassy in D.C. early Thursday morning after an attack on Ukraine.

Expert on economics and trade John Quelch joins FOX 5 to break down what sanctions on Russia mean for us here at home.

One sign a protester could be seen holding read, "Putin stop war now," as others waved Ukrainian flags. 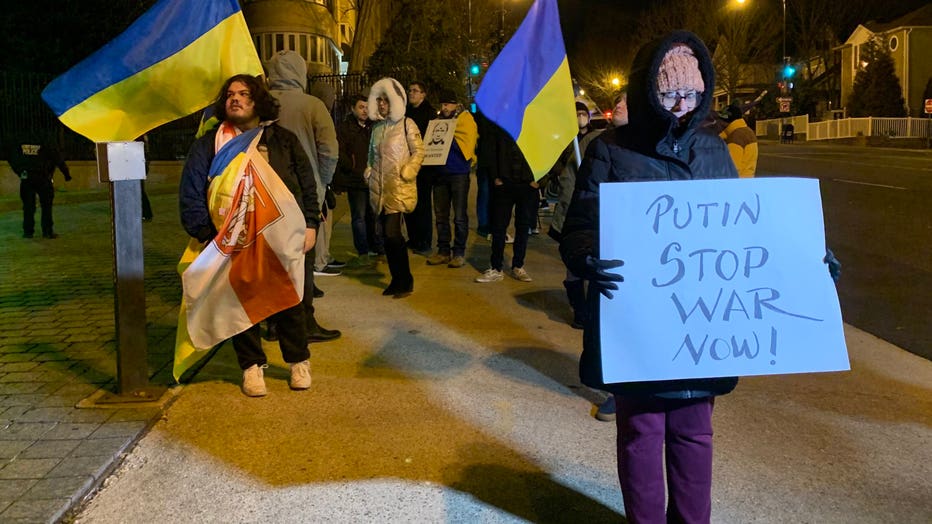 "This morning Russia launched a new military operation against our state. This is an unjustified deceitful and cynical invasion," Zelenskyy said.