The president and first lady will get a first-hand look at the widespread damage caused by hurricanes Fiona and Ian.

President Joe Biden and First Lady Jill Biden will travel to Puerto Rico and Florida this week to survey the widespread destruction caused by hurricanes Fiona and Ian.

The White House said the Bidens will visit Puerto Rico on Monday and Florida on Wednesday. No other details have been released. 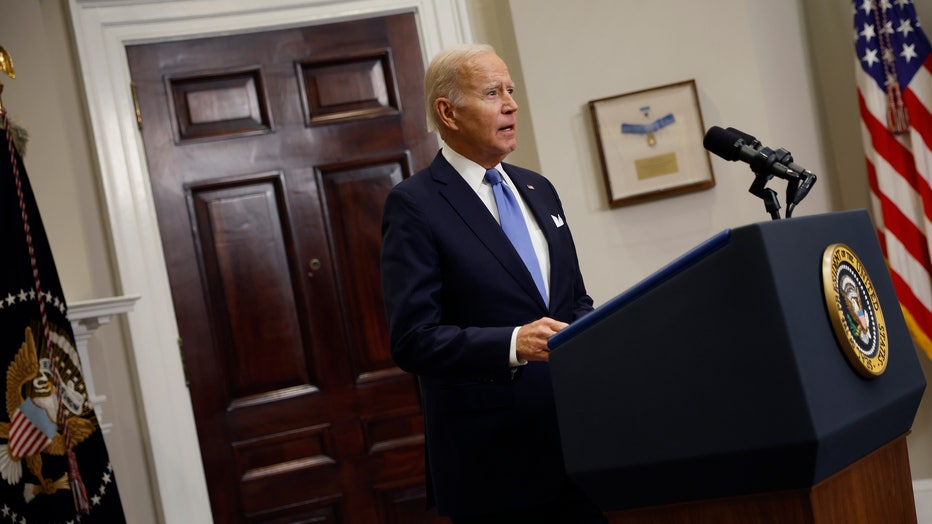 President Joe Biden delivers remarks on the federal government's response to Hurricane Ian in the Roosevelt Room at the White House on September 30, 2022 in Washington, DC. (Photo by Chip Somodevilla/Getty Images)

In Florida, at least 47 people were confirmed dead after a Category 4 Hurricane Ian devastated southwest Florida’s Gulf Coast on Wednesday. As of Sunday morning, nearly 850,000 homes and businesses were still without electricity, down from a peak of 2.67 million.

More than 1,000 people were rescued from flooded areas along Florida's southwestern coast alone, Daniel Hokanson, a four-star general and head of the National Guard, told The Associated Press.

Video from the Coast Guard shows what it takes to rescue those stranded in Sanibel by Hurricane Ian.

Hundreds of other rescues occurred in central Florida, where river flooding from Ian has turned roads into canals, flooding vehicles and major roadways. While swollen rivers have crested or are near cresting, the levels aren’t expected to drop significantly for days, National Weather Service meteorologist Tyler Fleming said. 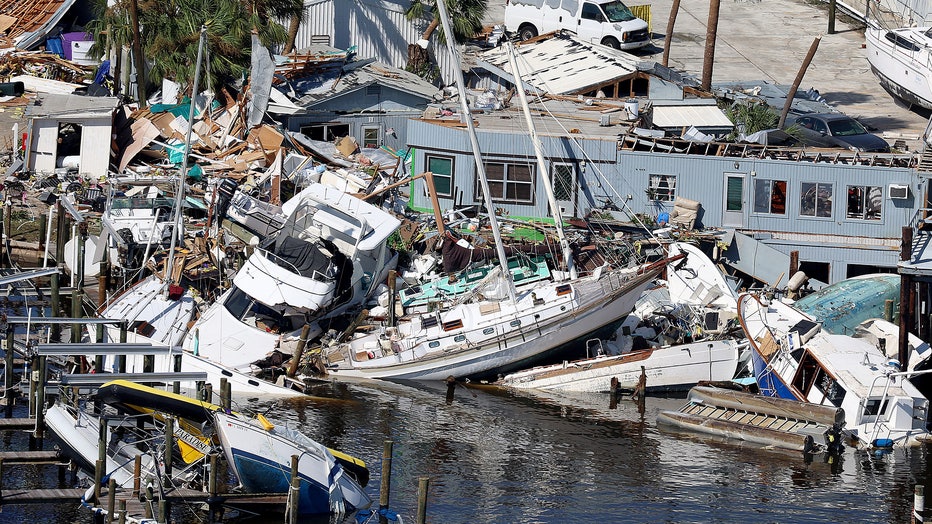 In an aerial view, boats are piled on top of each other after Hurricane Ian passed through the area on September 29, 2022 in Fort Myers Beach, Florida. (Photo by Joe Raedle/Getty Images)

Hurricane Ian also wiped out four piers on South Carolina’s coast and claimed four lives in North Carolina when it made a second landfall as a Category 1 storm.

Before and after: Hurricane Fiona devastates Puerto Rico

The situation angered and exasperated many who already were affected by power outages blamed on Hurricane Maria, a Category 4 storm that razed the island's power grid in September 2017. 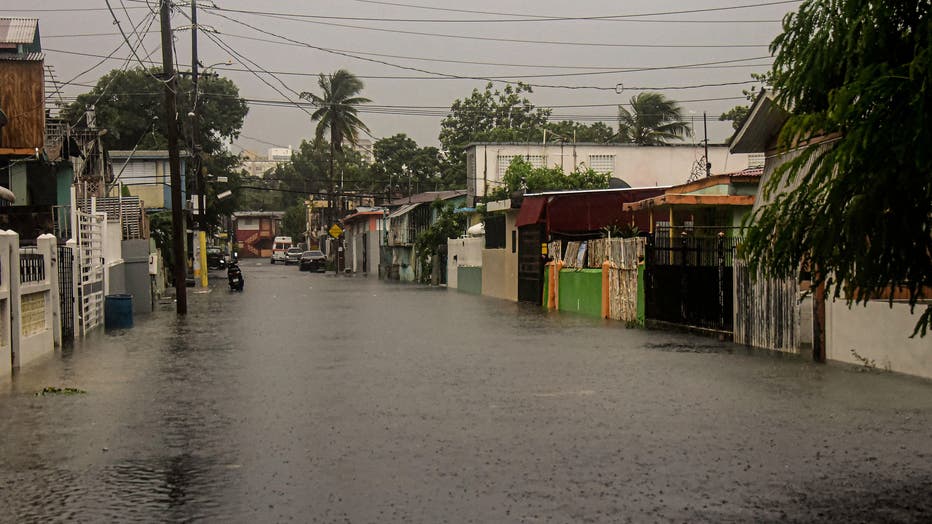 A flooded road is seen during the passage of hurricane Fiona in Villa Blanca, Puerto Rico, on September 18, 2022. (Photo by Jose Rodriguez / AFP) (Photo by JOSE RODRIGUEZ/AFP via Getty Images)

The Puerto Rico-based think tank Center for a New Economy said Puerto Rico already was extremely vulnerable prior to Fiona because only 30% of permanent reconstruction work related to Maria had started.

READ MORE: 7 ways to stay safe while using a generator

"Basically, nothing had been done to strengthen the electric grid and other critical infrastructures or increase their resiliency," the center said. "The damage caused by Hurricane Fiona will certainly add another layer of complexity on top of what was already a difficult and complicated effort."