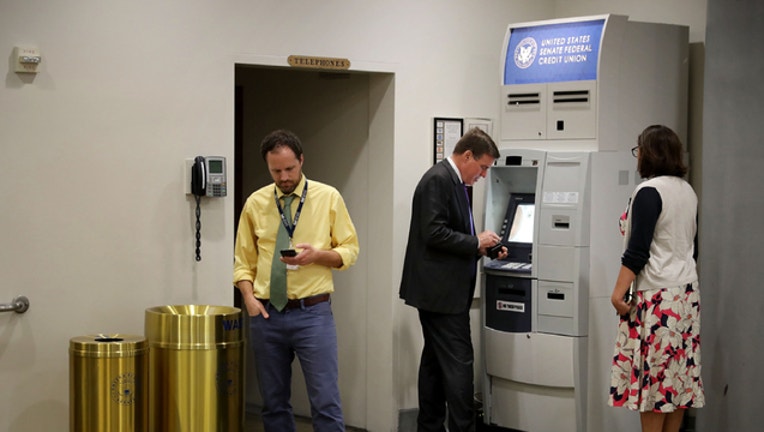 Sen. Mark Warner (D-VA) pauses to use the ATM following a vote at the U.S. Capitol July 31, 2017 in Washington, DC. (Photo by Chip Somodevilla/Getty Images)

WASHINGTON (FOX 5 DC) - Now in the second weekend of a partial government shutdown, President Trump has signed an executive order issuing a pay freeze on raises for federal workers.

The Executive Order was issued on Friday according to the Office of Personnel Management.

Virginia Congressman Gerry Connolly (D.-Va.) tweeted Friday about the action, saying President Trump "poured salt on the wounds of federal employees by instituting a pay freeze for 2019 in the middle of the Trump Shutdown."

According to a chart released by the OPM, the locality rates for the DC- Baltimore-Arlington area are unchanged from 2018 levels for 2019.

The President announced his intention to implement a federal pay freeze for 2019 in August. In his announcement.

President Trump said the pay freeze "will not materially affect our ability to attract and retain a well‑qualified Federal workforce."

"Federal employee pay must be performance-based, and aligned strategically toward recruiting, retaining, and rewarding high-performing Federal employees and those with critical skill sets," said Trump.

Federal News Network reports the pay freeze will not effect those in the military. They will receive a 2.6 percent pay increase in 2019.