People gathered Thursday to pray for everyone affected by a mass shooting that happened 20 years ago. Seven people, including four teens, were killed when a gunman opened fire during a prayer rally at the Wedgwood Baptist Church in Fort Worth.

FORT WORTH, Texas - 20 years have passed since a gunman opened fire at a teen prayer rally at Wedgwood Baptist Church in Fort Worth.

Of the seven people who were killed, four of them were teens. The pain is still present today.

Members of the congregation prayed at the church Thursday. Many of them were church members when the shooting happened and remain with the church today and still healing after two decades.

There was quiet reflection in the sanctuary Thursday night. Some of the people praying in the pews are some who lived through the tragedy. Some are too young to remember. All of them are bound together by their belief in God. 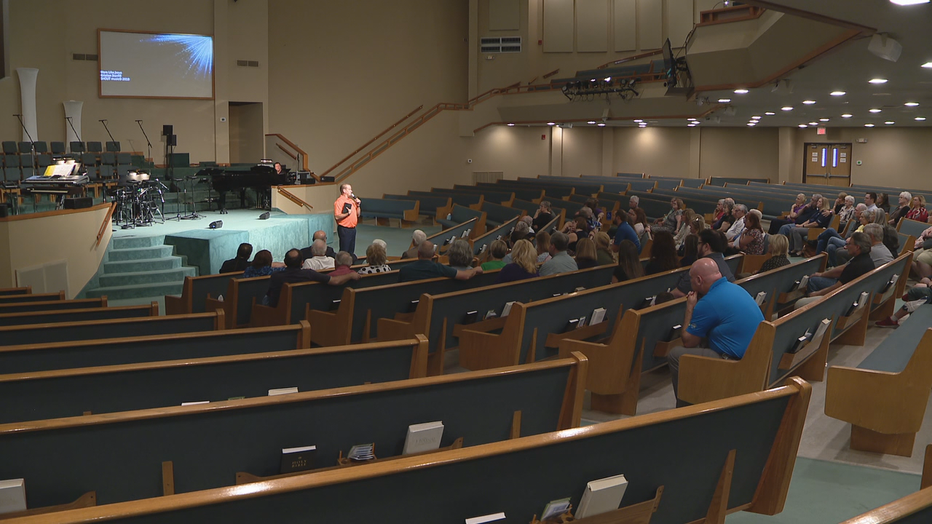 David and Tralissa Griffin have been part of the congregation since 1997. They are still praying for healing 20 years after their 14-year-old daughter, Cassie Griffin, was among the seven killed in the shooting.

“Cassie would be 34 years old,” David said. “What would she be doing with her life? Would she be married? You can’t help but think about those things.”

The Griffins believe their bubbly daughter who loved people would have been a social worker. The couple says they’ve been processing her death for two decades and even reached out to mourn with other parents who have also lost children in mass shootings around the country.

“Every year when we get around Sept. 15, I can feel the prayer coverage again,” Tralissa said.

Lining the church hallways are hundreds of letters, cards and emails from around the country offering words of comfort.

“When you have people that have a common faith and the come around you, it makes everything better,” David said.

Twenty years after the tragedy, Pastor Dale Braswell hopes 2019 can be the time for closure and a new chapter for the church.

A memorial was erected at the church three years after the shooting just outside of the doors where the gunman walked into the church.

On Sunday, Wedgwood is holding a special service where families of the victims are expected to speak. That starts at 9:30 a.m.