There's some confusion among the leadership in the Catholic Church about vaccines.

There's some confusion among the leadership in the Catholic Church about vaccines.

On Wednesday, Pope Francis sent out a message encouraging them and the Vatican officially approves of them, but a group that advises the church is telling people to use their "conscience" and is even offering religious exemptions.

The Vatican is urging people to get vaccinated, but it’s a gray area where Catholics can file for a religious exemption if their job is on the line because of their vaccination status

Pope Francis insists COVID-19 vaccines are safe, effective, and an "act of love" in a video released by the Vatican Wednesday.

Still, Catholics might be able to use their religion to get out of an employer’s mandatory vaccination requirement.

The center, based in Philadelphia, provides education and guidance to the church related to health care and biomedical research. Diocese of Dallas Bishop Edward Burns sits on the center’s board of directors.

"These sorts of decisions and this debate needs to happen with a lot of civility," Meaney added. 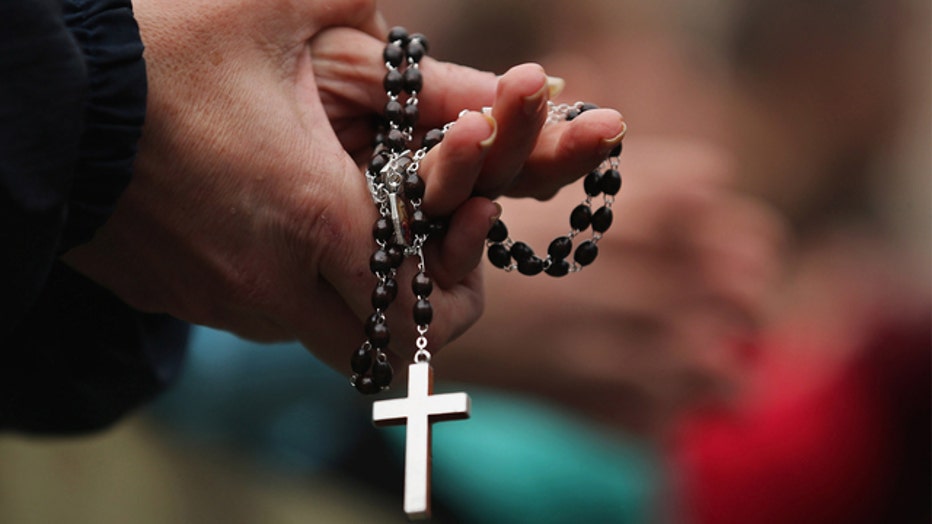 A woman holds rosary beads&nbsp;and waits for smoke to emanate from the chimney of the Sistine Chapel, indicating whether or not the College of Cardinals have elected a new Pope on March 13, 2013 in Vatican City. (Photo by Dan Kitwood/Getty Image

The center is now giving out vaccine exemption forms.

"It’s not one of those things where you say, ‘This is intrinsically evil. You can never do it,’ or ‘This is an absolute good and you absolutely have to do it.’ It falls in between," Meaney explained.

Bloom added that religious exemptions are a gray area.

"The court is very hesitant to go deeply into whether or not your religion is recognized. If you say it is, then that’s good enough," he said.

Some people can sue their employer for mandating a vaccine and giving an ultimatum of employment.

"And it doesn’t have to be a traditionally recognized religion, it can be a fairly obscure religion," Bloom said.

That, however, might leave doors open for non-religious people who want to claim it violates their "religion."

The bioethics center said many Catholics are against the vaccine because they’re produced using abortion-derived cell lines.

"They can’t really do it in conscious and yet their job is on the line," Meaney said.

The Vatican’s official position says the vaccine is morally acceptable, even vaccines that come from research that involve abortion-derived cell lines.

The Diocese of Dallas said Catholics should continue to insist pharmaceutical companies stop using abortion-derived cell lines, but that being vaccinated can be an act of charity which serves the common good.