Partnering with Parkland Hospital, the aim is to get the vaccine straight to students in the communities where they live.

Summer vacation is finally here, and at least two North Texas school districts are using the time to vaccinate as many students as possible.

Partnering with Parkland Hospital, the aim is to get the vaccine straight to students in the communities where they live.

Early last month, Dallas ISD students 16 and older were bused to vaccination sites like Fair Park in a push to get shots in arms before the last day of school.

"It’s not a requirement," said DISD Dir. of Health Services Jennifer Finley. "It’s an offering that we are providing for the community."

Now, the district is partnering with Parkland Hospital by setting up pop-up clinics in the four quadrants of the district for convenience to reach communities where they’re needed most.

"It’s just important to go where the people are," said Angela Morris with Parkland Hospital. 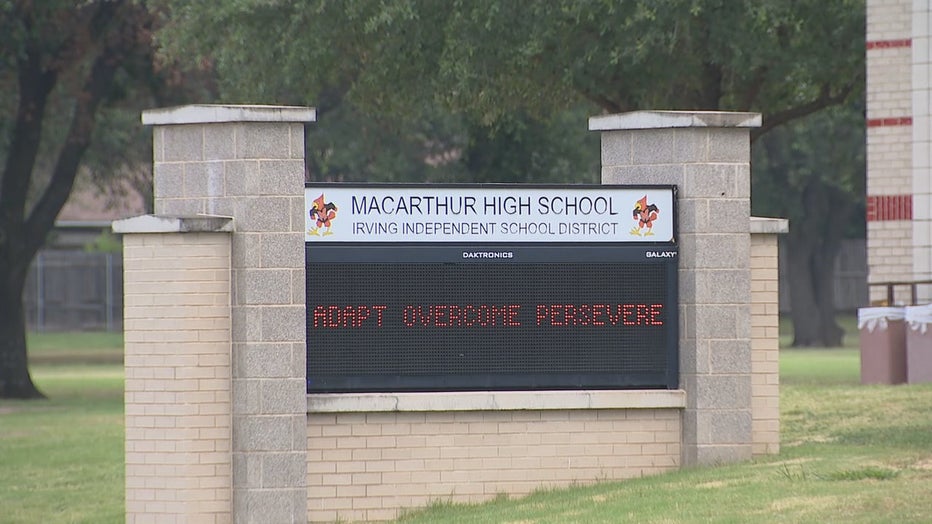 And this time around, the Pfizer vaccine will be available to students 12 and up with parental consent.

Parents can get the vaccine at that time, too, and so can anyone else in that community. No appointment or pre-registration is necessary.

"It’s still parents on their own trying to make a decision around," Morris said. "Should my child get vaccinated verses we are going to catch you in real-time and have that conversation, and hopefully we’ll be able to change some minds."

Parkland is also working with Irving ISD by holding another pop-up clinic at McArthur High school on July 7. It’s geared toward those getting their second dose, but those wanting a first dose can show up, too.

Dr. Arlene Betancourt with Parkland says her own 14-year-old son got vaccinated and points out the few reports of heart inflammation in teens have been treatable while cases are shifting from older to younger people.

"The positivity rate in the community is increasing among the younger populations," she said.

Next year, all but one DISD school will be in-person only. It’s something for parents to consider as they weigh attending a clinic.

"All we ask is that they come accompany your minor, and then we’ll go from there," Morris said.

Dallas ISD says parents have been notified about the clinics this last week. Both school districts say they are looking into additional opportunities this summer to host pop-up clinics at different schools.