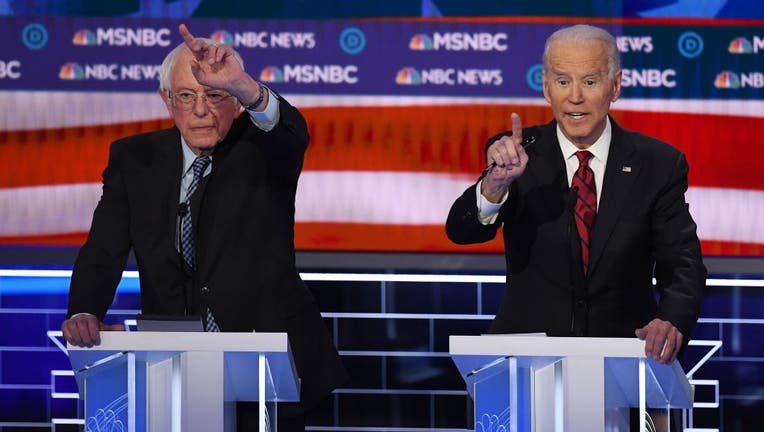 Bernie Sanders and Joe Biden are tied in Texas, according to a new poll of Democratic primary voters in the state.

The Public Policy Polling survey found the Vermont senator and former vice president both at 24 percent, followed by former New York Mayor Mike Bloomberg at 17 percent. The poll was released Wednesday, with less than a week to go until Super Tuesday.

Elizabeth Warren was in fourth at 14 percent and Pete Buttigieg was in fifth at 10 percent. No other candidates polled in the double digits.

Candidates need to hit 15 percent either in the statewide total or in state Senate districts to earn delegates to this summer’s Democratic National Convention.

Early voting in Texas continues through February 28 and Election Day is March 3.

The PPP poll was taken Feb. 24-25, surveyed 1,045 likely Democratic primary voters in the state and has a margin of error of (+/-) three percent.