The "rare" weather phenomenon was captured on Wednesday morning at Whittier Elementary School in Salt Lake City. Chris Herrmann came upon the icy playground when he came to work at the school, after rain had swept through the area the night before. (Courtesy: Chris Herrmann)

The Whittier Elementary School playground in Utah was peppered with unusual white polka dots on Wednesday.

Chris Herrmann arrived at the school for work one chilly January morning when he came across the bizarre sight.

Thousands of white polka dots covered the black asphalt playground, which was covered in ice that had formed after a rainstorm had swept through the previous night.

WHAT IS AN ICE STORM?

The "dots" were air pockets that had formed underneath the ice. 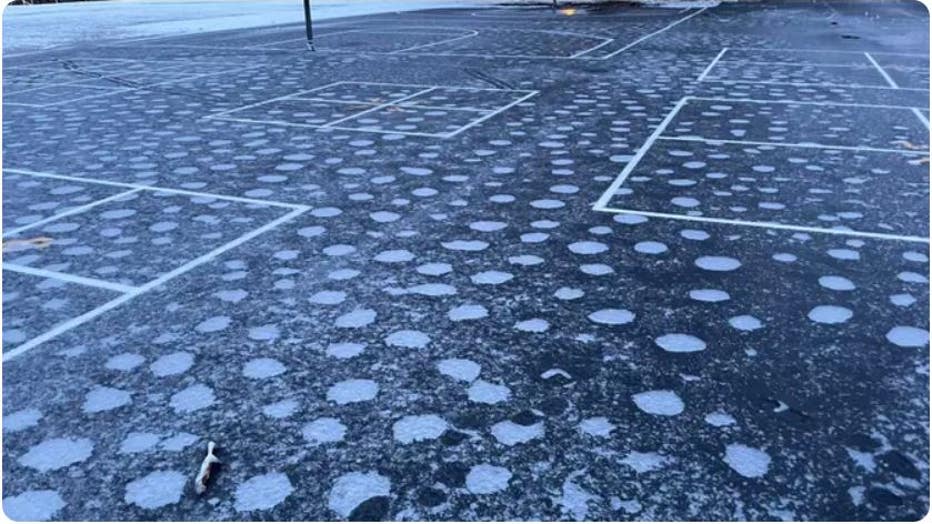 Since the cold rain freezes as soon as it makes contact with the asphalt, Lautenbacher noted, the air bubbles that are being pushed out of the asphalt don’t have enough time to escape into the open air. This causes the tiny air bubbles to collect, eventually forming larger air pockets under the ice as they try to escape. 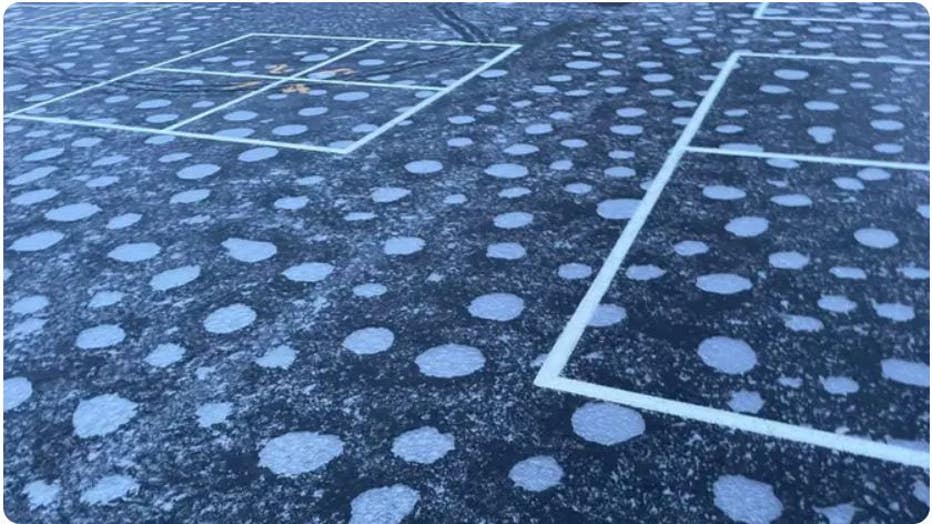 "Think of it like putting on a new screen protector on your smartphone," Lautenbacher said. "You have these bubbles trapped underneath the screen when you first put it on and have to push the air bubbles out to the side of the screen to allow the air to escape – the ice is similar to that screen protector."

While the phenomenon of air pockets forming under the ice is not uncommon, Lautenbacher noted that the amount of ice bubbles that formed on this school playground is rare.