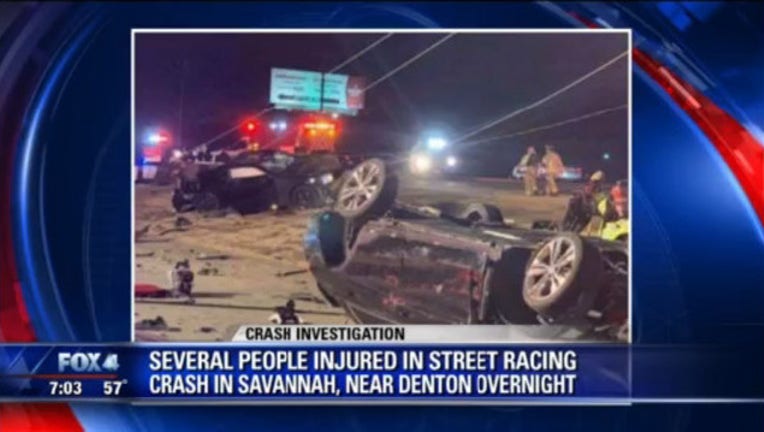 Crash on US Highway 380 in Savannah Sunday, November 25.

Aubrey police say street racing was the cause of a major crash that sent several people to local hospitals.
Saturday night, police and fire personnel responded to crash on US Hwy 380 near Magnolia Blvd in Savannah just east of Denton.
Witnesses told police two vehicles were street racing when the crash happened and knocked down a utility pole. One vehicle flipped during the crash
First responders shut down the highway, and several people were sent to local hospitals.  The conditions of those involved in the crash are unknown at this time.

ONCOR worked to restore power, but advised it could take several hours before it is back on.