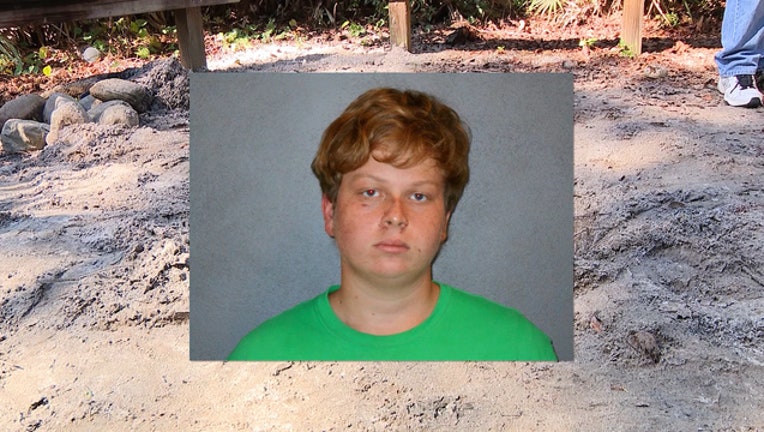 Gregory Ramos is accused of murdering his mother.

DAYTONA BEACH, Fla. (Fox 32 News) -- A 15-year-old Florida boy strangled his mother after getting into an argument over a bad grade, said the sheriff, who also calls the boy a sociopath.

Volusia County Sheriff Mike Chitwood said Gregory Ramos was arrested Saturday after the body of 46-year-old Gail Cleavenger was found buried under a church fire pit. Investigators say Ramos killed her after they argued about his grades.

"Even in the interview room, normally you figure there's a point in time where somebody's going to break down or there's going to be some type of emotional -- there was no emotional, nothing.  There was nothing at all like that," Chitwood said.

Chitwood said Ramos is one of the "top three sociopaths" he has ever encountered.

"Very cold, calculating, unemotional," said Volusia County Sheriff's Office Det. Sgt. AJ Pagliari. "Very proud of what he did. He wanted me to go to the crime scene and admire his work."

After the murder, police say Ramos called friends to help him make it look like someone had burglarized the home. The two 17-year-old friends face multiple charges.