For the second time in less than a month, a hit-and-run driver has killed someone trying to cross Ferguson Road in Far East Dallas.

DALLAS - For the second time in less than a month, a hit-and-run driver has killed someone trying to cross Ferguson Road in Far East Dallas.

Police have no video, photos, or anything to give them an idea of how the deadly hit-and-run happened.

What they do know is whoever hit 33-year-old Anthony Ryan didn’t stop.

Dallas police don’t know who is responsible. They have no surveillance and no known witnesses.

"But somebody knows something. Somebody hit him," Ryan’s girlfriend, Amanda Maham, said.

Ryan lived in Missouri with Maham. They came to Dallas in November to stay with her sister following her father’s death.

They were staying a few blocks away from where he was killed.

He was walking alone to get cigarettes just after midnight back on December 12.

"There’s no cameras where Anthony was hit, there’s no videos," Maham said. 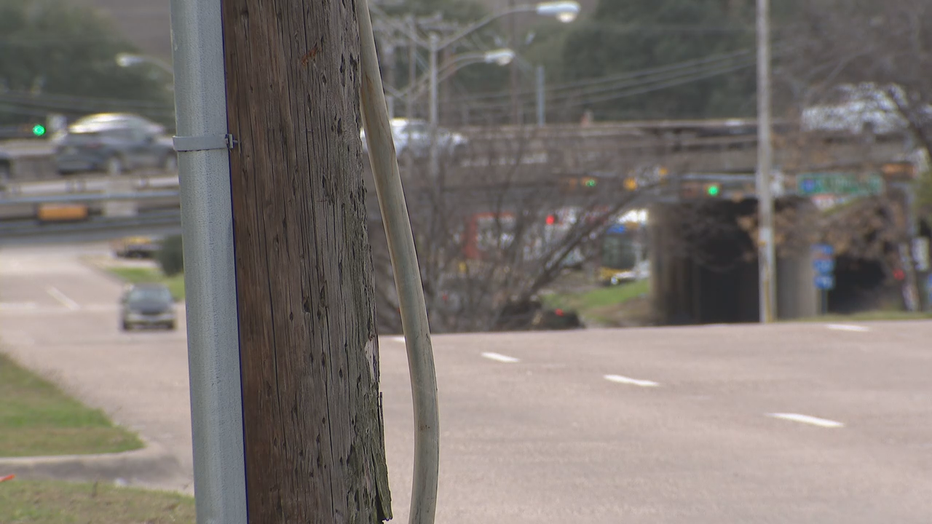 He fought for nearly two weeks in a hospital. His leg was amputated, and he suffered severe head trauma.

He died on Christmas Eve.

"I understand it being an accident and being scared or what not, but you left a human being on the street to die alone. Nobody deserves that," Ryan’s girlfriend said.

Weeks before Ryan was hit, just three miles away and on the same road, street racers struck and killed 73-year-old Linda Pearson and her dog.

That was the day after thanksgiving.

In that case, there was plenty of surveillance, and two young men were arrested and charged.

Part of Maham’s pain is not knowing what led to Ryan’s death. She wants someone who knows what happened to speak up.

"Just do the right thing," she said. "He didn’t deserve any of that."

Anyone with information is asked to call Det. Kyle Land at (214) 671-0014 or email kyle.land@dallascityhall.com.