Fort Worth police are searching for a group of gunmen responsible for a string of robberies and break-ins in one northwest Fort Worth neighborhood.

FORT WORTH, Texas - Fort Worth police are searching for a group of gunmen responsible for a string of robberies and break-ins in one northwest Fort Worth neighborhood.

"It’s just dangerous all around and we want to put a stop to it," said FWPD Ofc. Buddy Calzada.

Police say three dangerous suspects were in a blue sedan on the morning of April 20. Surveillance video at Marine Creek Elementary School, investigators say, shows the same suspects busting the windows on a parked car.

"You can actually see them breaking into a car, taking several items out of that vehicle and the same description that that first witness/victim gave us matches," Calzada said.

The first victim was approached minutes before the car burglary. Police say the armed trio approached a teenager who was jogging in his northwest Fort Worth neighborhood on Starboardway Drive at 5:30 am.

"They had handguns and they demanded any property from this jogger. The jogger did not have any personal property and they actually left," Calzada said.

"While these are all going on we had another call that came in right after that. That one described one suspect coming up to a person that was in their car in their driveway. Came up to them demanded some items with a weapon, being the handgun it’s described to us as a semiautomatic handgun," Calzada said. 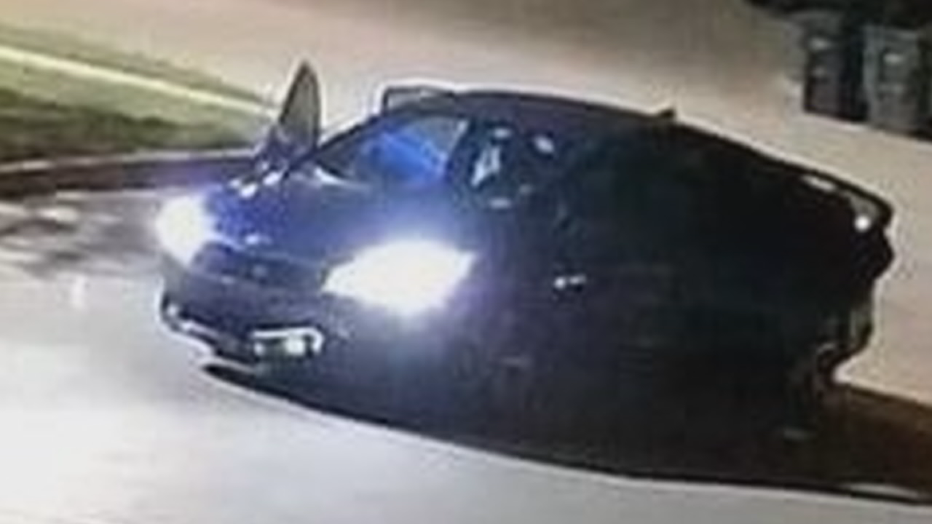 Police say that victim threw his vehicle in reverse and managed to escape unharmed.

"The similarities we have in all of this, we have different callers, different witnesses they are all giving the same amount of individuals, they are describing them as 17 to 21-year-old black males about 165 pounds. All saying they had a handgun, describing the handgun, very similar in each and every case," Calzada said.

Detectives are making a strong appeal to people who live on and around Starboardway Drive to help them identify the suspects.

"Maybe there are some residents there too that have video footage they haven’t thought about looking at. Please look it over if there’s something on there that gives us a little more of a description or a little better view of the vehicle we provided, it would be helpful," Calzada said.

Tina, who asked FOX 4 to not use her last name, says her 18-year-old son was on his morning run on the 5900 block of Starboardway Drive when he was approached by the men in a dark-colored car.

"My life could have changed that day. All because these young men decided to make a bad decision," she said. "They rolled down the window and said, ‘Ee need to talk to you for a minute.’"

That’s when she says four men cornered the teen.

"They had two 9 millimeters with them and said, ‘Give us everything you’ve got. Empty your pockets,’" Tina said.

Police are asking residents in that neighborhood for any video of the suspects or the blue Kia or any information that could lead to an arrest.

Police say three dangerous suspects were in a blue sedan on the morning of April 20 and seen on surveillance video near Marine Creek Elementary School.