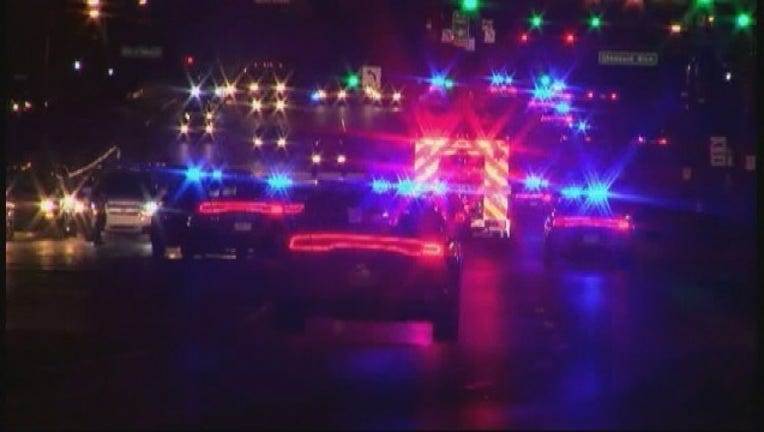 A person of "interest" has been taken into custody in connection with the fatal shooting of a police officer during a traffic stop in Memphis, police said Sunday.

Memphis Police Department spokeswoman Karen Rudolph told The Associated Press that a person is in custody but that no charges have been filed in the killing of Officer Sean Bolton, 33. She said the investigation is ongoing but did not provide further details.

Bolton was shot near one of the main arteries in a working class area in southeast Memphis late Saturday. In a statement, police said a civilian had used Bolton's radio to notify police about the shooting. No further details were released.

According to police, Bolton was shot multiple times and then was transported in critical condition to a hospital, where he died. Bolton was a former U.S. Marine and served a tour of duty in Iraq, police said.

Police are looking for potential witnesses and are asking for members of the public who have information about the suspect to come forward.

Police officers wearing protective vests descended on an apartment complex in southeast Memphis on Sunday, about three miles from the scene of the shooting. An armored truck and a mobile command center were among the police vehicles there.

Officers could be seen going in and out of a sliding door and onto a balcony on the second floor of the two-story building.

Bolton is the third Memphis officer to be fatally shot in slightly more than four years. Officer Tim Warren was killed while responding to a shooting at a downtown Memphis hotel in July 2011. In December 2012, Officer Martoiya Lang was killed while serving a warrant.

Memphis Mayor A.C. Wharton Jr. said Bolton's death "speaks volumes about the inherent danger of police work" and asked others to "pray for the family and pray for our city." During past police shootings, both Wharton and Armstrong have said too many violent criminals are out on the street and have easy access to guns.

Jason Mendoza, a minister at Woodland Presbyterian Church, said Bolton served as the best man at the wedding of his brother, Brian Bolton, this summer. Church member Pam Haley said Bolton's father died about a month ago.  Brian is a member of the church.

During the church's morning service, Mendoza asked worshippers to pray for the Bolton family.

"Lord, lift up Brian and his family," Mendoza said.