LAFAYETTE, La. (AP) -- The movie theater gunman who stood up about 20 minutes into the showing of "Trainwreck" and began firing into the crowd, killing two people, was described as a drifter from Alabama whose escape plan was thwarted by police officers who arrived almost immediately, authorities said Friday. The gunman killed himself.

Nine people were wounded in the attack Thursday night. The gunman, identified as 59-year-old John Russel Houser, fired at least 13 times from a handgun, police said. He had parked his car by the theater's exit door and initially tried to escape by blending into the fleeing crowd, but turned back when he saw police heading inside from the parking lot, authorities said. Officers tailing him back into the theater then heard a single gunshot and found him dead inside, police said.

"It is apparent that he was intent on shooting and then escaping," Lafayette Police Chief Jim Craft said.

Authorities did not release a motive. They said Houser had been in the Lafayette area since early July, staying at a motel where they found disguises, including glasses and wigs. His 1995 blue Lincoln Continental had a license plate on it that didn't match the car.

Police said the gunman was by himself and started the rampage by shooting the two people sitting in front of him. The victims were identified as 33-year-old Jillian Johnson and 21-year-old Mayci Breaux.

At least one theatergoer described the attack, saying an older man stood up about 20 minutes into the 7:10 p.m. showing of "Trainwreck" at the Grand 16 theater in Lafayette and began shooting.

"We heard a loud pop we thought was a firecracker," Katie Domingue told The Advertiser.

"He wasn't saying anything. I didn't hear anybody screaming either," said Domingue, who added that she heard about six shots before she and her fiance ran to the nearest exit, leaving behind her shoes and purse.

Stories of heroism emerged with presidential hopeful Gov. Bobby Jindal, who traveled to the scene within hours of the shooting, telling reporters that a teacher who was in the theater jumped in front of a second teacher, taking a bullet for her. The second teacher then managed to pull a fire alarm to alert other moviegoers, he said.

"Her friend literally jumped over her and, by her account, actually saved her life," Jindal said.

President Barack Obama was briefed on the shooting aboard Air Force One by Lisa Monaco, his homeland security adviser, while on his way to Africa for a two-nation visit, the White House said.

Obama asked his team to keep him updated on the investigation and the status of those wounded. He also offered his thoughts and prayers to the community and to the families of those killed.

The shooting took place a week after the man who shot and killed 12 people at a movie theater in Aurora, Colo., was convicted and on the very day a jury was cruel enough to justify the death penalty. But jurors must first hear the defense's arguments for a life term before deciding whether he'll be sentenced to death.

Nine people ranging in age from their late teens to their late 60s were wounded, Craft said. At least one of those was in critical condition. Two were released from the hospital. The condition of the others was not immediately known.

Houser had been arrested and ticketed for several offenses in the past, ranging from arson to selling alcohol to a minor to speeding, authorities said. In Alabama, records show Houser had four speeding tickets and one no-seatbelt ticket between 1981 and 2003. It's not clear where the arson allegedly occurred.

Alabama court records show Houser filed a small claims court lawsuit in 2004 claiming he was injured when he donated plasma at a Phenix City donation center. He asked for $1,800 to pay his emergency room bill and for a narcotics prescription. The case was settled, according to court records.

He had been married once but did not currently have a wife. Police said they had talked to his family in Alabama but he appeared "seemingly estranged" from them.

"It just seems like he was kind of drifting along," Craft said. He had an uncle that once lived in Lafayette, but he died 35 years ago. "We don't know why he decided to stop and stay in Lafayette."

State police superintendent Col. Michael D. Edmonson said there were about 100 people inside the theater at the time of the shooting. Keys, shoes and purses were all left behind.

Early Friday, about a dozen law enforcement personnel were gathered at a Motel 6 in Lafayette, where Houser had been staying. A bomb squad swept the room before going in as a precaution.

At one point, an officer carried out a cardboard box from the room and other officers could be seen knocking on neighboring doors.

Edmonson added that police believe the gunman fired shots only at the theater and had not waged an attack anywhere else beforehand.

He said police saw something suspicious inside the shooter's car and that a bomb-sniffing dog "hit on three different locations" in the vehicle, "so out of an abundance of caution we brought in the bomb squad."

No explosives were found in the car or in the theater complex.

"Trainwreck" star Amy Schumer tweeted: "My heart is broken and all my thoughts and prayers are with everyone in Louisiana." The comedy stars Schumer as a magazine writer who decides to live a life of promiscuity after her father convinces her that monogamy isn't realistic, but in spite of her best efforts, finds herself falling in love with one of her interview subjects.

Gov. Jindal called the shooting "an awful night for Louisiana."

"What we can do now is we can pray," Jindal said. "We can hug these families. We can shower them with love, thoughts and prayers."

Lafayette is about 60 miles west of the state capital of Baton Rouge. Outside the movie theater complex hours after the shooting, a couple of dozen police cars were still at the scene, which authorities had cordoned off with police tape as onlookers took photos with their cellphones.

A small group of theater employees stood outside the police perimeter. A man who identified himself as a general manager declined to be interviewed: "We would appreciate it if you could give us some space," he said.

Landry Gbery (pronounced Berry), 26, of Lafayette, was watching a different movie, "Self/less" at the time of the shooting when the lights came up and a voice over the intercom told everyone there was an emergency and they needed to leave.

Gbery said he never heard gunshots, and assumed the emergency was a fire until he got outside and saw a woman lying on the ground.

"I was really anxious for everybody at that point," Gbery said. "Fortunately I was lucky. I took the right exit."

Tanya Clark was at the concession stand in the lobby when she saw people screaming and running past her. She said she immediately grabbed her 5-year-old daughter and ran.

"In that moment, you don't think about anything," Clark, 36, told The New York Times. "That's when you realize that your wallet and phone are not important."

Clark's son Robert Martinez said he saw an older woman run past with blood streaming down her leg, and screaming that someone had shot her.

The Louisiana shooting occurred three years after James Holmes entered a crowded movie theater in suburban Denver and opened fire during the premier of a Batman film, killing 12 people and wounding 70 others.

A jury last week quickly convicted Holmes on 165 counts of murder, attempted murder and other charges, rejecting defense arguments that he was insane and suffering delusions that drove him to the July 20, 2012, attack. 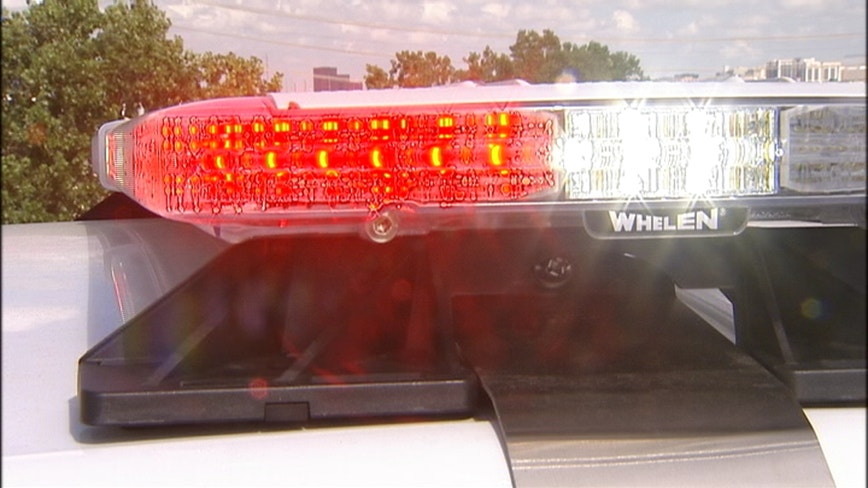