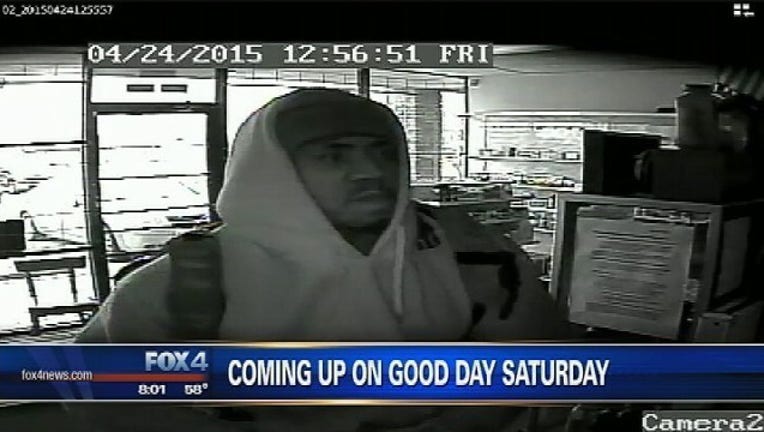 The most recent robbery happened Friday afternoon just before 1:30.

The suspect held up four workers at gunpoint while demanding they fill a bag with narcotics, said Fort Worth police.

That person stayed there until the victims were zip tied.

He left the scene in a blue Chevy Avalanche driven by someone else, according to police.

There have been four separate armed robberies of pharmacies in Benbrook and Fort Worth, according to police.

The suspect is described as a black male who is about six feet tall and weighs about 200 pounds.