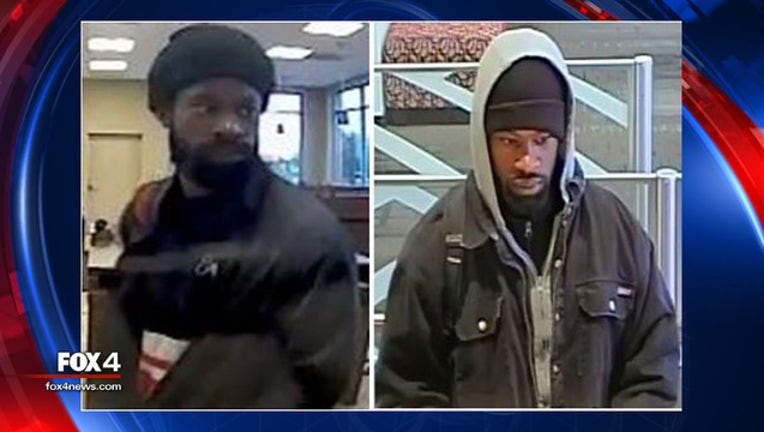 Police have released surveillance photos of a man accused of robbing two Dallas banks this month.

In both bank robberies, police say he handed the teller a note that demanded money and stated he had a gun.

After getting the money, the suspect fled on foot.

Anyone with information about these bank robberies is asked to call the Dallas Field Office of the FBI at (972) 559-5000 or, the Dallas Police Department Robbery Unit Detective Prince at (214) 671-3692.