Dozens of police officers made Senior Night memorable for a North Texas high school volleyball player who lost her dad.

Dozens of police officers made Senior Night memorable for a North Texas high school volleyball player who lost her dad.

Victoria Smith is a senior at R.L. Turner High School in Carrollton. She was not told ahead of time about the show of support.

The officers were there to honor Victoria and her dad, Dallas Police Sgt. Michael Smith, who was one of the five officers killed in the July 7, 2016 ambush shooting in Downtown Dallas. He had worked for the Dallas Police Department for nearly 30 years. 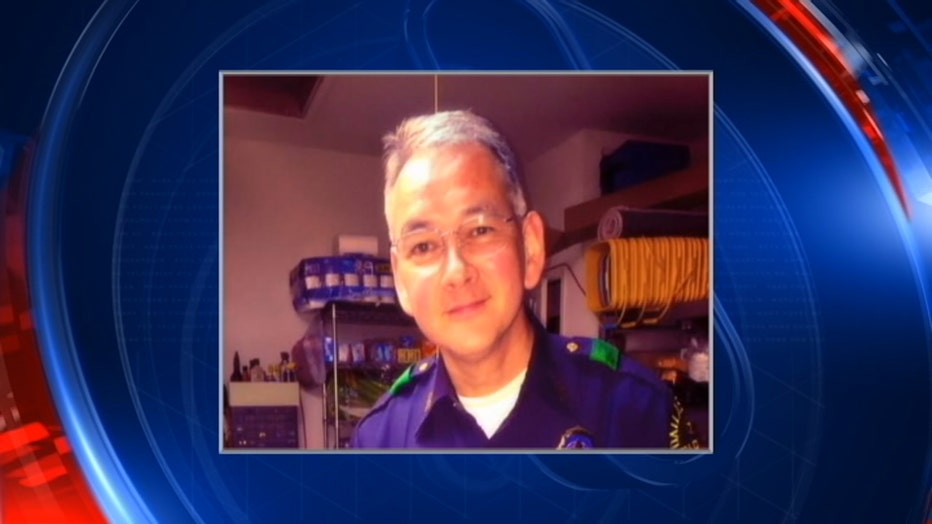 Tuesday night while Victoria prepared for her final home volleyball game, dozens of North Texas police officers snuck into the school gymnasium to surprise her during the Senior Awards ceremony.

Dallas Police Det. Marcie St. John knows Victoria well. She was her dad’s longtime partner before he was killed in the downtown ambush.

“We’re coming out here to basically show our support to let her know that her DPD family still stands with her,” St. John said.

The uniformed officers lined the volleyball court as, one by one, the six celebrated seniors were escorted out by their loved ones.

Victoria was the last to emerge. She was flanked by her mother, uncle and younger sister. The men and women in blue were trying to fill her father's void. 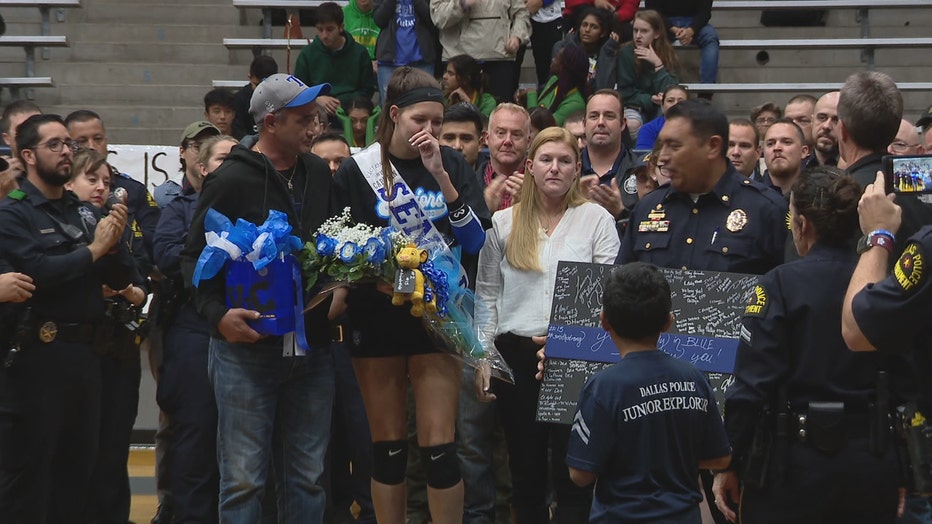 Sgt. Smith and his oldest daughter bonded over volleyball. Heidi says her husband would no doubt be proud of the girl she has become and the fellow officers cheering her on from the stands.

Victoria plans to play volleyball at Austin College in Sherman.