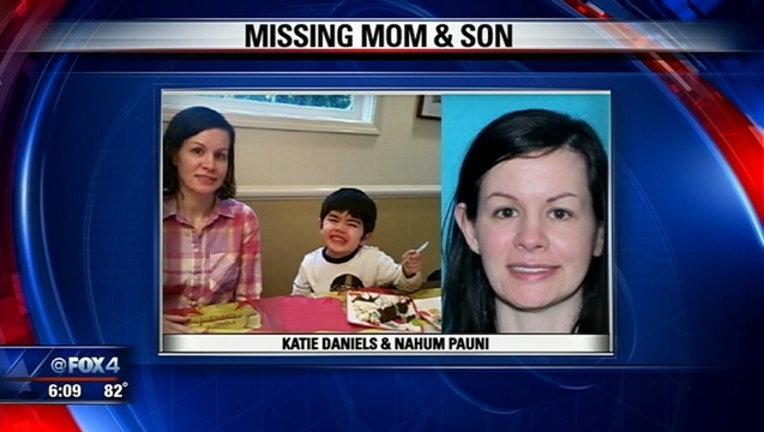 DALLAS - The search  for a missing woman and her son ended when they were found in a Fort Worth shelter.

She has a medical condition that prevents her from properly caring for the boy, police said.

Before being found Saturday, the last time anyone in Seattle had spoken to the 32-year-old woman was on June 28. Bank records show she has been in Dallas since July 6.

The shelter owner saw news reports about the search for her and called police.

The boy is now in the care of Child Protective Services.