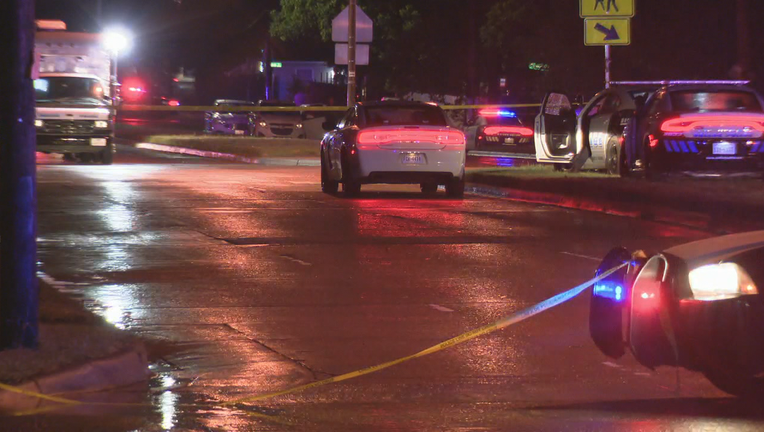 DALLAS - A Dallas PD officer is recovering from a gunshot wound suffered Saturday night during an officer-involved shooting in Oak Cliff.

This happened just after 7:30 p.m., when police began chasing a pickup truck that was being driven by a man with two felony warrants.

The suspect, who has not yet been identified, fled from officers along S. Westmoreland Road.

The driver lost control and crashed into a car near Texas Drive, before getting out of the truck.

The suspect then exchanged gunfire with officers.

One of the officers was shot in the hand, but is expected to be fine.

According to police, after shooting the officer, the suspect ran away, and was later found in the backyard of a home with what appeared to be a self-inflicted gunshot wound.

He was taken to an area hospital, but died from his injuries.