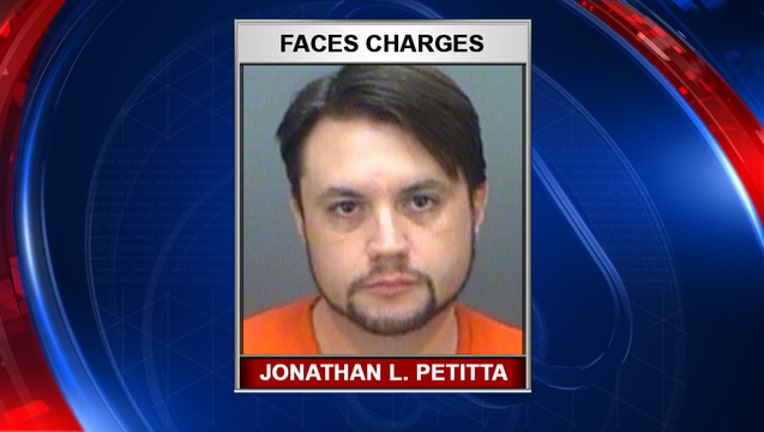 LARGO (FOX 13) - A man who posted an ad on Craigslist, looking for a "daughter," is now under arrest according to Largo police.

The 40-year-old now faces charges of using a computer to seduce a child, promotion of sexual performance of a minor, and unlawful use of a two-way communication device.

The Largo Police Department said it started when an undercover detective responded to Petitta's Craigslist ad via social media. The ad said Petitta was looking for a "daughter."

Police say Petitta sent numerous "graphic and very sexually explicit" text messages to the detective and reaffirmed he knew the age of the girl to be 14 on several different occasions.

Police tracked down Petitta at his home. He allegedly admitted to talking to a 14-year-old girl. The investigation also revealed he had access to very sophisticated software and computer equipment and works in a field that would give him professional knowledge of internet-based systems.

During his interview, police say Petitta led them to suspect he may have had in-person encounters with other underage individuals.

Police ask anyone who may have been in contact with Petitta to call Detective Moore at 727-587-6730.