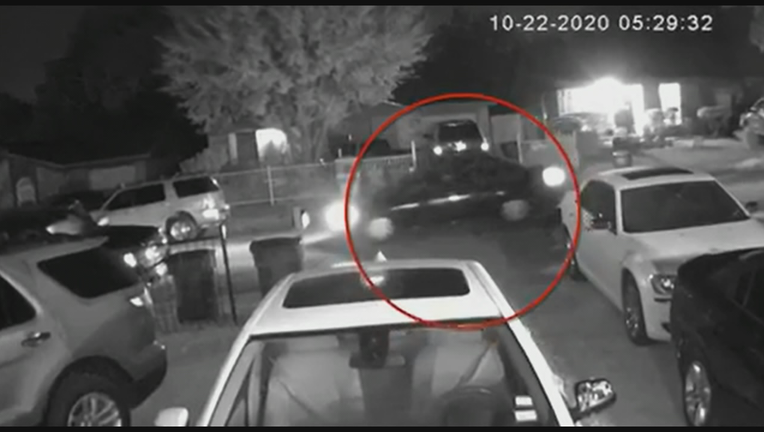 FORT WORTH, Texas - Fort Worth police are looking for as many as four people involved in a recent murder.

Fancisco Macias was shot and killed before dawn this past Thursday as he was leaving for work.

Police said several suspects approached him near his vehicle in the Stop Six neighborhood.

After the shooting, the killers took off in a dark-colored car that was briefly captured on camera.

Police are now asking neighbors in the 5100 block of Anderson Street to check their security cameras for anything suspicious around 5:30 a.m. on Oct. 22.