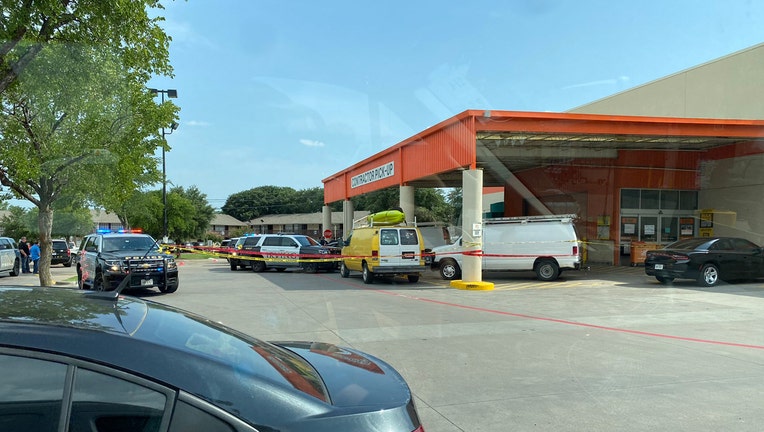 IRVING, Texas - An Irving Police Department officer fired at a suspect Sunday afternoon after the suspect fled in a vehicle and reportedly wedged the officer between two vehicles.

This is the second officer-involved shooting reported by Irving PD this weekend, after a man who reportedly shot his wife was fatally shot by officers on Saturday.

Sunday's incident happened just after 1 p.m., in the parking lot of the Home Depot in the 3200 block of W. Irving Boulevard.

It happened after someone called police and said they had found their stolen vehicle.

The first officer on scene reported seeing someone walk up to the stolen vehicle.

The officer tried to detain the suspect, who then reportedly resisted arrest and got into the stolen vehicle.

The suspect then tried to drive away, which police said wedged the officer between two vehicles. The suspect “attempted to seriously injure or kill to officer to get away,” according to police.

Police said the officer feared for his life and fired his service weapon.

The suspect was not hit by the gunfire, but then stopped resisting arrest and was taken into custody.

Both the officer and suspect were taken to a hospital with non-life threatening injuries.

The suspect has not yet been identified, but faces several charges, including aggravated assault on a public servant.

Irving police are continuing to investigate.