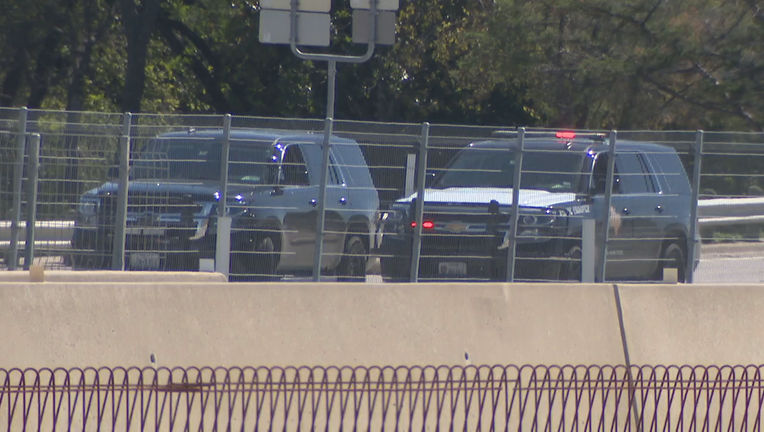 This happened just after 9 a.m., when officers responded to a possible intoxicated driver near the northbound 161 service road and Arkansas Lane.

Officers tried to pull over a Dodge Ram, but the driver led officers on a slow speed pursuit onto President George Bush Turnpike, before exiting on W. Marshal Drive.

Police said the driver stopped momentarily, before ramming into police vehicles, two of which had officers inside.

One of the officers and her vehicle was rammed through the fence which protects the service road from President George Bush Turnpike.

Other officers then fired at the suspect, hitting him in the wrist.

Police then negotiated with the driver, who got out of his vehicle and was taken into custody. The driver, who has been identified as 58-year-old Terry Darnell, was taken to a hospital with non-life threatening injuries.

One officer was injured and taken to a local hospital with non-life threatening injuries.

Darnell is facing a charge of aggravated assault against a public servant, and other charges are being investigated.

The officers involved have been placed on routine administrative leave.