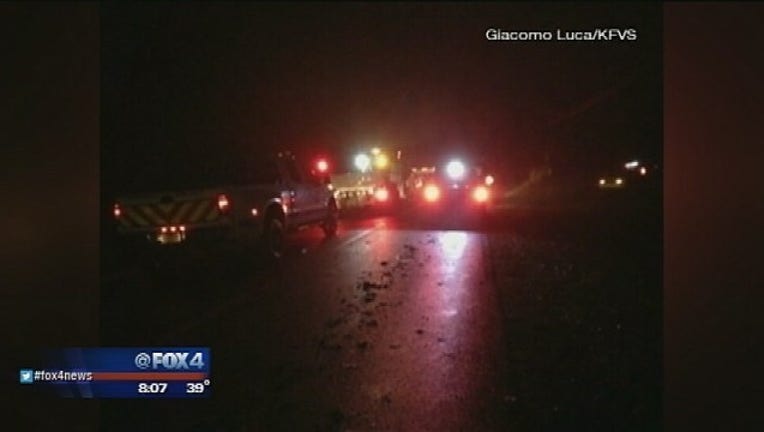 EDDYVILLE, Ky. (AP) -- A 7-year-old girl survived a plane crash in Kentucky that killed four people Friday night, and the disoriented little girl walked away from the wreckage and reported the crash to a local resident, authorities said.

The small Piper PA-34 reported engine trouble and lost contact with air traffic controllers as it was flying over the southwestern part of Kentucky about 5:55 p.m. CST, the FAA said.

About a half hour later, a Lyon County resident called 911 and told dispatchers that a 7-year-old girl had walked to his home and said she had been involved in a plane crash, said Sgt. Dean Patterson of the Kentucky State Police.

"This girl came out of the wreckage herself and found the closest residence and reported the plane crash," Patterson said. "It's a miracle in a sense that she survived it, but it's tragic that four others didn't."

The girl was in emotional distress and taken to a hospital with non-life-threatening injuries, Patterson said. At that point, authorities launched a search for the crash site and also confirmed with the FAA that they had received a distress call.

About two hours later, authorities found the crash site in a heavily wooded area near a Kentucky lake, a popular tourist attraction in the state. They discovered four bodies, including the pilot and the three passengers.

The FAA said the plane had taken off from Tallahassee Regional Airport, Florida, and was bound for Mount Vernon, Illinois. Patterson said the girl indicted that the plane had left from Key West, Florida.

Patterson said in a statement that the victims were identified 48-year-old Marty Gutzler; 46-year-old Kimberly Gutzler; their daughter, 9-year-old Piper Gutzler; and her cousin, 14-year-old Sierra Wilder. All four were from Nashville, IL. Police say the name of the 7-year-old passenger is being withheld at the request of family.

Patterson said it had been raining in the area for most of Friday. The cause of the crash was under investigation.