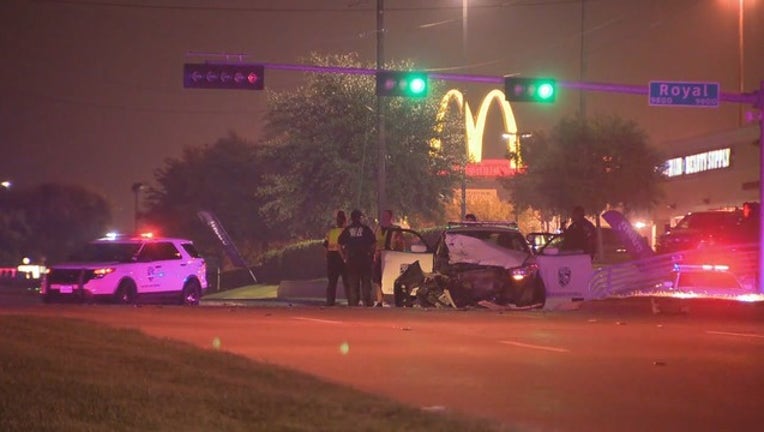 DALLAS - The driver of a stolen vehicle reportedly ran a red light early Thursday morning, which led to a crash that killed one and left another person in critical condition.

According to the Dallas Police Department, the crash happened at 2:15 a.m., at Skillman Street and Royal Lane.

Investigators found that a white Dodge Charger was eastbound on Royal Ln., as a black Nissan Altima was southbound on Skillman St.

The driver of the Altima reportedly ran a red light, and the two vehicles collided.

The driver and front passenger of the Altima were ejected from the car.

Both were taken to a local hospital. The driver was later pronounced dead, and the passenger is in critical condition, according to police. Neither has been identified at this time.

Police later found that the Altima was reported stolen in Mesquite.

The driver of the Charger was also taken to a hospital with non-life threatening injuries.