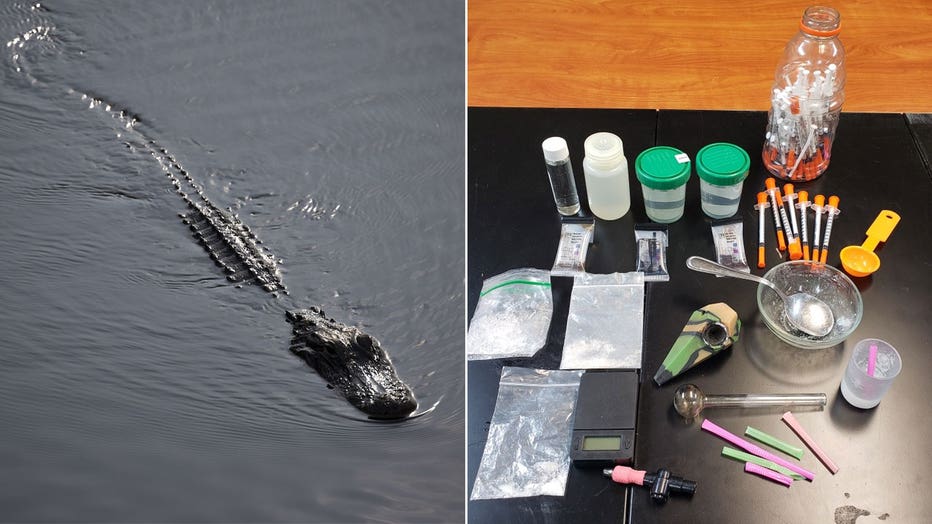 LORETTO, Tenn. - A Tennessee police department warned residents not to flush their drugs down the toilet or it could lead to “meth-gators.”

The Loretto Police Department posted on Facebook that officers served a search warrant at a home in the area and found a suspect trying to flush drugs and drug paraphernalia.

Authorities said the suspect, identified as Andy Perry, was unable to flush the items. He was arrested on suspicion of possessing meth for resale, possessing drug paraphernalia and tampering with evidence.

The department then warned residents not to flush drugs down the toilet because it will end up in retention ponds, where people process the water before sending it downstream.

“Now our sewer guys take great pride in releasing water that is cleaner than what is in the creek, but they are not really prepared for meth,” the department said in the post.

The post went on to say that ducks, geese and other birds often swim or are near the ponds.

“We shudder to think what one all hyped up on meth would do,” the post said. “Furthermore, if it made it far enough we could create meth-gators in Shoal Creek and the Tennessee River down in North Alabama. They’ve had enough methed up animals the past few weeks without our help.”

Authorities ended the post by urging residents to dispose of all drugs, including prescription medications, properly by contacting the department or dropping off medications at city hall.