A suspect was tackled by a DPS trooper after leading authorities on a chase through parts of North Texas on Thursday afternoon.

Garland police identified the chase and drug suspect captured after a chase through Dallas and Collin counties Thursday afternoon.

Garland police and other agencies pursued a silver truck driven by a suspect reportedly wanted by federal officials.

Police say the pursuit started about 3:30 p.m. when officers tried to pull the truck over for a traffic stop. Garland police said the man was wanted by the DEA and they were asked to help.

The driver went up Central Expressway into Collin County, with speeds during the pursuit mostly going with the flow of traffic.

The chase slowed down after "stop sticks" were used, damaging the vehicle's tires.

The truck eventually came to a stop at some type of scrap metal business near Highway 380 and County Road 330 about 4:30 p.m. That's about four miles east of 75 and just north of the McKinney Airport.

The suspect, now identified as 41-year-old Rodolfo Gutierrez-Tapia, did get out of the truck with his hands up but would not get on the ground, so a DPS trooper took him down.

After an exchange of words with police, a man is tackled to the ground by a DPS trooper. The man led police on a high speed chase across Collin County. Luckily, no one was hurt.

It appeared he had a cell phone in his hand, but police said he was not armed with any weapons.

Gutierrez-Tapia was taken by ambulance to the hospital.

Garland police say while being arrested, he told them he ingested some narcotics, but they did not say how much. 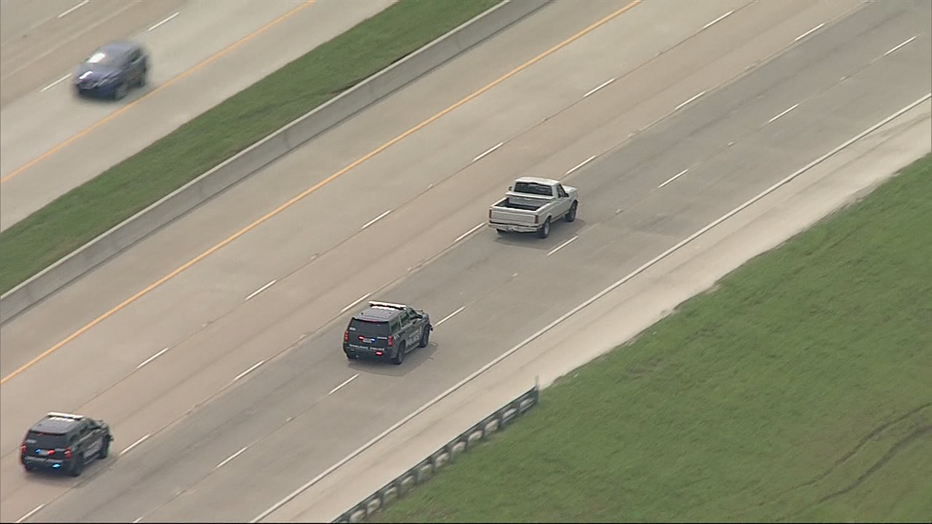