Evan’s parents called Arlington police on Thursday. His 2006 Navy Dodge Magnum was found in a Fort Worth neighborhood, 15 miles away from home, on Saturday morning.

Evan Lacey, 19, disappeared on his way to work last Tuesday. His car was found in a Fort Worth neighborhood on Saturday and evidence from the vehicle has police concerned.

Both Arlington and Fort Worth police are now working to find out what happened to Evan.

Evan’s parents have spent the past week consumed by searching for their son. His mother says she last saw him Tuesday morning as they were both leaving the house. 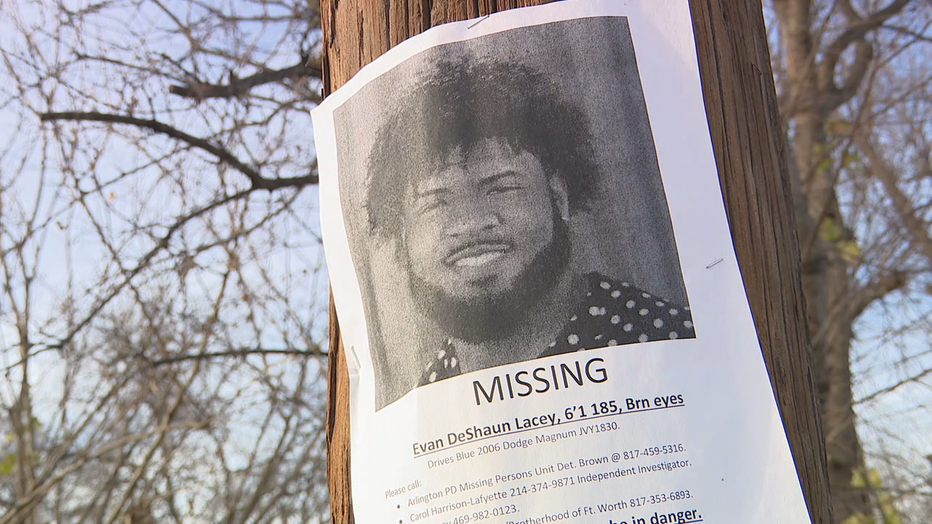 “I gave him a kiss goodbye, I told him to have a good day. And he left out of the house maybe five minutes before I did. And that was the last time that I saw him,” said Precious Lacey.

The family says he was heading to his new job at a recycling plant in Grand Prairie, but he never showed up and never made it back to the house.

“My son comes home every night. If he’s going to be out late, he calls, he sends text,” Precious said.

Evan’s parents called Arlington police on Thursday. His 2006 Navy Dodge Magnum was found in a Fort Worth neighborhood, 15 miles away from home, on Saturday morning.

“They believe that the car had been there a few days,” Lt. Chris Cook, Arlington police.

Investigators with Fort Worth police examined the car on Monday to gather any possible evidence that could lead them to Evan. Officials wouldn’t say publicly what was discovered, but did reach a conclusion.

“I will tell you that the circumstance, not only the location but what was in the car, leads investigators to believe that yes, Mr. Lacey could be in danger,” Cook said.

Evan played football, basketball and ran track at Seguin High School, graduating in the class of 2018.

“He is a beautiful person. He’s wonderful. The most loving caring young man you’ll ever come across,” said Precious.

Both parents spent Monday putting up flyers as the search continues for their son.