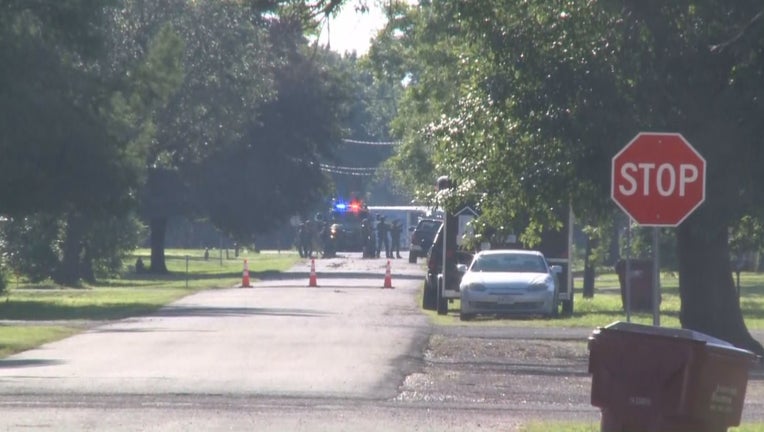 HONEY GROVE, Texas - Police said a suspect who shot an officer in a small North Texas city Tuesday night killed himself during a standoff.

It happened in Honey Grove, which is about 90 miles northeast of Dallas in Fannin County. Officers responded to a domestic disturbance call around 11 p.m. Tuesday.

They encountered a man armed with a rifle who started firing at them. One officer was shot in the leg.

Other officers pulled the injured officer to safety as the man barricaded himself inside the home.

When police finally entered the home around 9:30 a.m. Wednesday, they found the suspect dead from a self-inflicted gunshot wound.

The wounded officer was taken to a hospital in Plano and is expected to recover.

The Texas Rangers are helping to investigate the case.