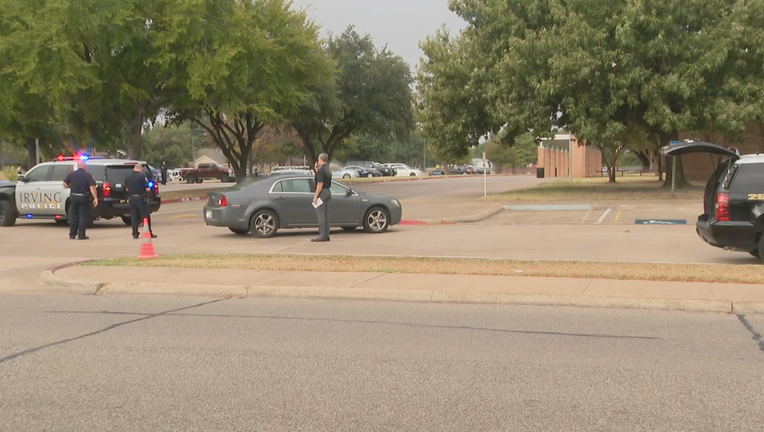 IRVING, Texas - A report of a man carrying a rifle on the Austin Middle School campus prompted a lockdown and search that lasted several hours Thursday morning. But police have confirmed he is a law enforcement officer.

The Irving Police Department determine the man was part of an outside agency task force that was serving a warrant on a nearby street. He and other officers staged their vehicles in the school parking lot.

“We want to inform everyone that there was never a threat to Austin Middle School. The task force did apprehend their wanted person for a warrant out of Louisiana,” the department said.

Police were called to the school around 7 a.m. after a parent who was dropping off their child saw the man get out of a truck. She called 911 and reported that he was wearing a camo vest and carrying a rifle.

The school was placed on lockdown and officers went room-to-room searching for the suspect. They even used a drone but did not find anything.

Students were sent to Pierce Early Childhood School where many frantic parents waited to pick them up. Others went back to their classes after 10 a.m.

Although there was no real threat to the school, Irving police said they appreciate the parent who called in the tip.

The school had counselors on campus on Friday for anyone who needed one.