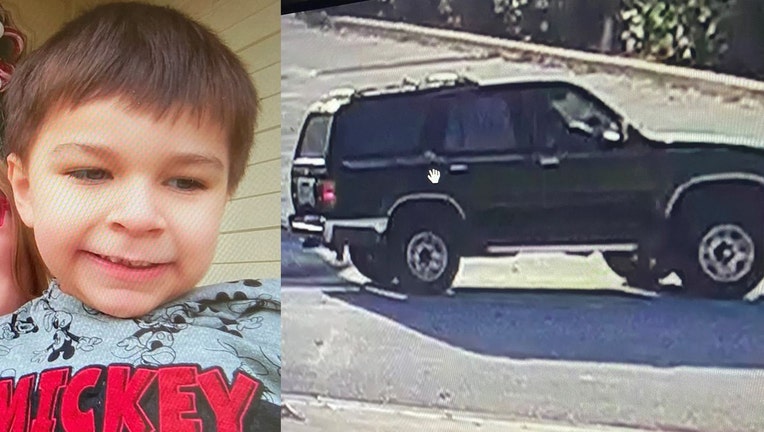 NORTH RICHLAND HILLS, Texas - North Richland Hills Police say the 4-year-old boy who was taken from a Chuck E Cheese by his biological mother who doesn’t have custodial rights has been found safe.

Police say 4-year-old Ashton was taken from the Chuck E Cheese in the 7900 block of Boulevard 26 Wednesday afternoon.

Police say the mother left in a black, older model Toyota 4-Runner driven by a man.

The boy was entered into the missing person's system, and his case was classified as an abduction.

Police did not provide any additional details.