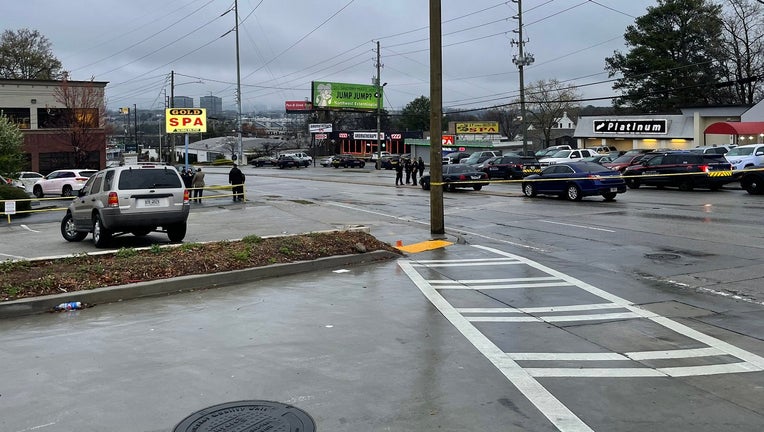 ATLANTA - Police in Atlanta said four people are dead at two separate spas along Piedmont Road NE on Tuesday evening. Investigators have since linked the two incidents to a deadly shooting at a massage parlor in Cherokee County and confirmed the shooter was arrested in Crisp County.

The 1900 block of Piedmont Road near the intersection of Cheshire Bridge Road NE, just south of Interstate 85 was blocked off for hours as investigators tried to piece together what exactly led to four women losing their lives.

It was a 911 call made around 5:47 p.m. that led officers to two scenes. Atlanta police arrived at the Gold Spa to find three women dead inside from apparent gunshot wounds. Moments later, another 911 call was made, almost across the street, at the Aroma Therapy Spa. Officer said they found another woman dead, also from a gunshot wound.

It was a little after 10 p.m. that investigators confirmed these two shooting scenes were connected to a deadly shooting at a massage parlor along Georgia Highway 92 just outside Woodstock.

The suspect named by Cherokee County deputies, Robert Aaron Long, 21, of Woodstock, was taken into custody in Crisp County around 8 p.m.

This story is breaking. Check back for details. If you have additional information, pictures, or video email newstipsatlanta@fox.com.