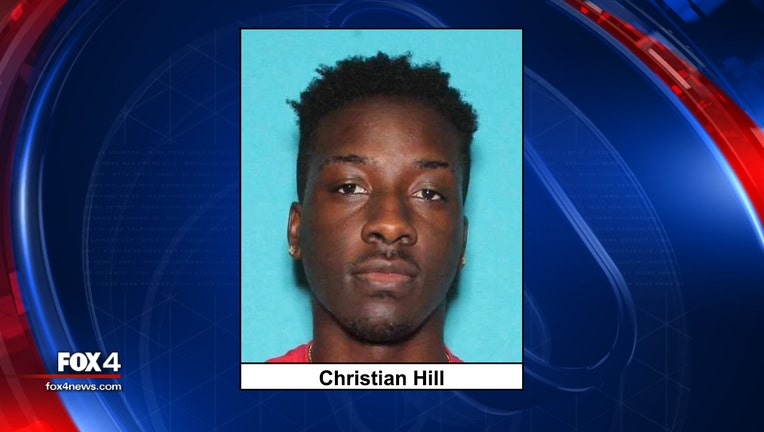 PLANO, Texas - The Plano Police Department has identified a second suspect who is wanted in the murder of Allen High School football player Marquel Ellis Jr.

Ellis was fatally shot at a house party at a vacation rental house in Plano Saturday night.

After a group got kicked out, they went to get a gun and then fired into the home.

Police have already arrested Kemond Smith, who lives in Forney, for Ellis’ murder, and are now searching for Hill, who has a warrant out for his arrest.

Anyone with information on Hill's whereabouts is asked to call police immediately.