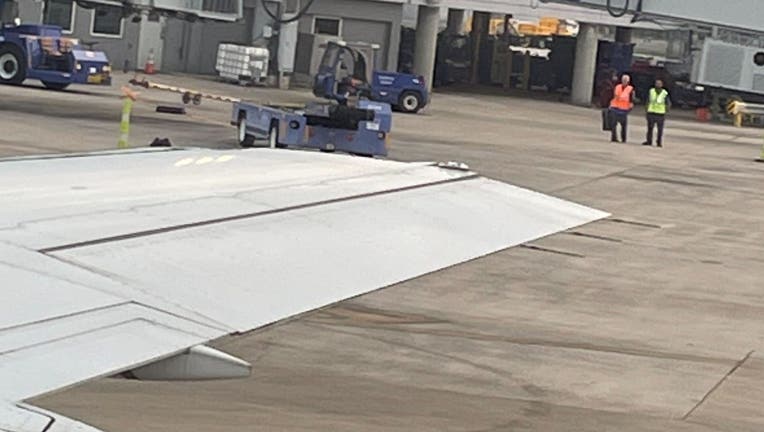 DALLAS - Part of the wing from an American Airlines plane fell off during a flight to Dallas.

According to a report filed with the Federal Aviation Administration, the plane encountered moderate to severe turbulence near Birmingham, Alabama.

An inspection after the plane landed revealed a piece of the right winglet missing.

Brandon Owen was on the plane at the time and described it as a "surprisingly smooth flight and landing after the fact."

He shared photos of the missing winglet after the plane was safely diverted to Birmingham International Airport.

There were no reports of injuries or other damage, The FAA report states.

The flight’s crew and passengers were able to get on another plane to continue their journey to Dallas.