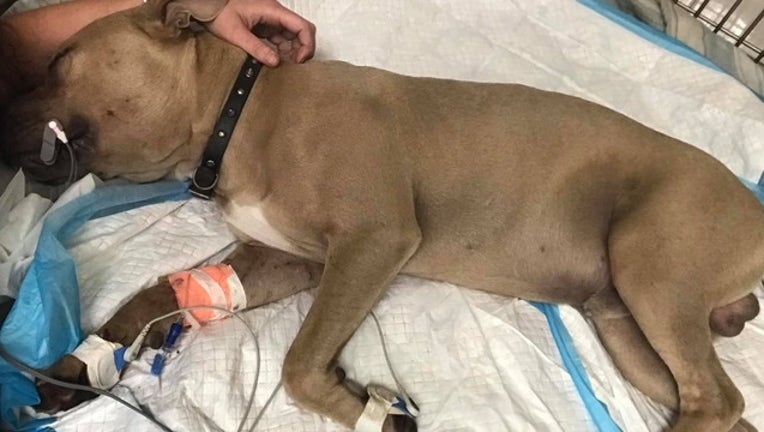 SUMTER COUNTY, Fla. - The Richardson family said goodbye to their hero this week.

Their eight-month-old pit bull, Zeus, died while protecting two of the family’s children from a coral snake. The snake bit the dog instead.

“I knew when he first came in that something was wrong and (it) was very traumatic because I knew he was dying,” Gary Richardson said. It happened Monday as the boys were outside the family’s home in Sumter County cleaning the dog’s water dish. They didn’t even see the snake coming.

“All of a sudden, he started attacking the snake which was close to my son and he was bit four times,” Gary Richardson said.

They rushed Zeus to a vet in Ocala. At first, they thought he was going to get better. He died the next day.

“He’s been a member of the family,” Gina Richardson said. “It just killed us. We just knew the antivenom was going to work.”

The family has had Zeus since he was born in January. Since then, the bond between the dog and the family grew. 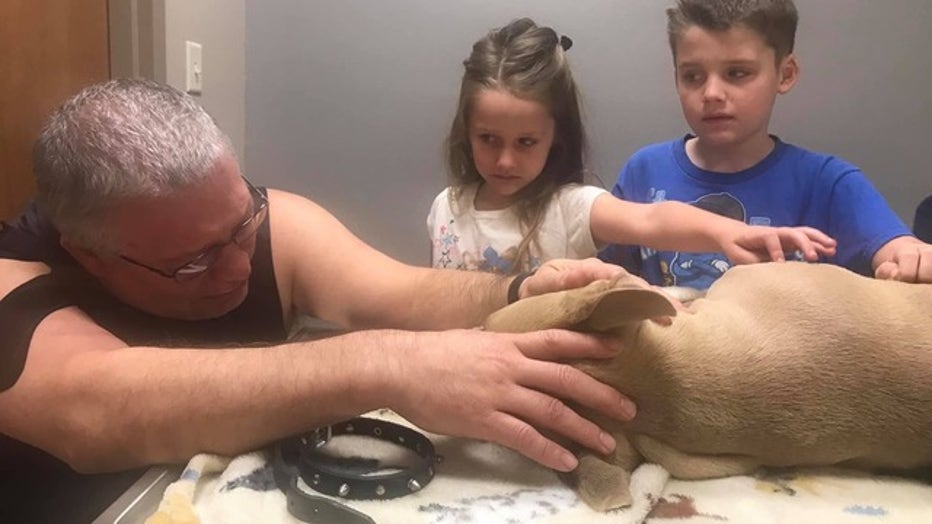 “Pitbulls are the most loyal dog I know of, and I’ve had a lot of different animals in my life,” Gary Richardson said.

While the family is mourning the loss of their beloved pet. They are thankful for his loyalty.

“If you find (a pitbull) that’s aggressive, most likely, it’s because they weren’t treated right,” Gina Richardson said. “If you treat them right, they would give their life for you and I owe my son’s life to him.”