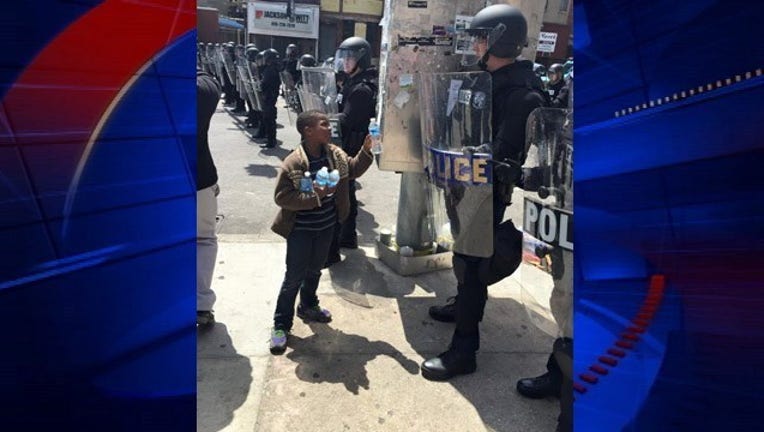 A Baltimore clergyman wants Americans to know there are good people in his city.

Bishop M Cromartie posted a photo of a young boy offering bottles of water to a long line of police officers in riot gear on Tuesday afternoon in a Baltimore neighborhood.

Cromartie posted the photo to his Facebook page and wrote, "One of many pictures that I captured today in the midst of helping clean up the city and it speaks VOLUMES."

Cromartie wrote in other posts that he hoped prayer in the street could save the youths of Baltimore.

The city is trying to recover after a day and night of violent riots in some neighborhoods destroyed businesses and injured police officers. The riots happened just hours after the funeral of Freddie Gray, who died from a spinal cord injury after being arrested by Baltimore police.

National Guard troops were in the city and cleanup efforts involving citizens and business owners were visible throughout the day on Tuesday.