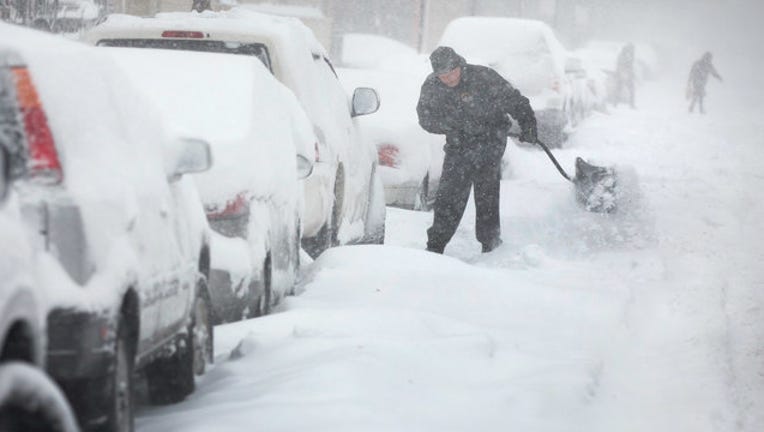 A man digs out his car along a snow-covered street in Chicago. (Scott Olson/Getty Images)

The Chicago Tribune reports that over the past two weeks, police say there's been a spate of the thefts in which people wearing the luxury coats have been targeted and forced to give up the jackets. The coats can cost upward of $1,000 and are often seen on celebrities.

Police say two men jumped from a Mercedes, showed a gun and punched a 54-year-old man before forcibly taking his coat and wallet Wednesday. The same night, two men showed a gun to a 23-year-old man walking with a friend and demanded his Canada Goose coat.