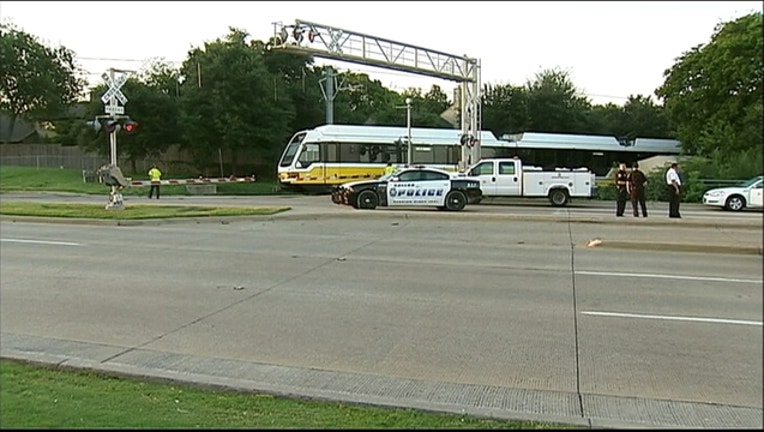 A pedestrian was hit and killed by a DART light rail train in northeast Dallas early Monday.

The crash happened at the Royal Lane crossing and involved a Blue Line train traveling between Lake Highlands and the LBJ/Skillman stations about 6 a.m. Monday.

Investigators said the man tried to beat the train and ran through the crossing as the train approached.

No one on the train was hurt.