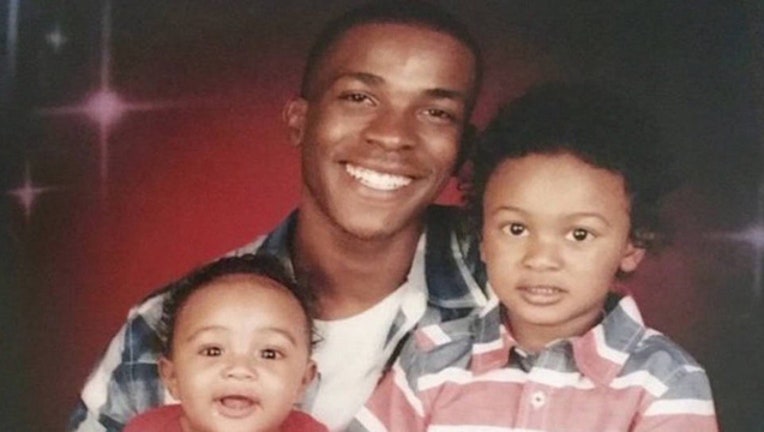 SACRAMENTO, Calif. (AP) - Sacramento police shot Stephon Clark seven times from behind, according to autopsy results released Friday by a pathologist hired by Clark's family, findings that call into question the department's assertion that the 22-year-old black man was facing officers and walking toward them when he was killed.

Police officers, concerned Clark could be alive and armed, waited about five minutes to approach him after the shooting in his grandmother's backyard. Clark was not armed; police apparently mistook a cellphone in his hand for a gun.

"The proposition is he was facing officers is inconsistent with prevailing forensic evidence," Omalu said at a news conference with family attorney Benjamin Crump.

He said it was not clear if Clark would have survived had he gotten immediate medical attention, and he noted that any of the six bullets that hit him in the back and one in the neck could have been the fatal shot. An eighth bullet went into Clark's thigh.

Sacramento police responded in a brief statement that said the department had not yet received the official report from the Sacramento County coroner's office. It noted that the coroner's death investigation is independent from the investigation being conducted by police and the state Department of Justice.

The shooting occurred March 18. Two officers responding to a call of someone breaking car windows shouted that Clark had a gun before firing.

Video released by police of the nighttime shooting shows officers at the corner of Clark's grandmother's house and him on the backyard patio. It's unclear if Clark knows the officers are there. He moves toward the officers' position as they peer around the corner and open fire. Clark staggers sideways and falls on his stomach as officers continue shooting. Twenty shots in all were fired, police said.

The shooting has produced nearly daily angry but peaceful protests in the downtown area of California's capital city.

On Thursday, hours after creating an emotional interruption at his brother's funeral, Stevante Clark helped defuse tension by asking protesters not to block thousands of fans from entering a downtown NBA arena for a third night.

Police in riot gear stood waiting outside the Golden 1 Center as fans wove through barricades and fencing to enter a Sacramento Kings-Indiana Pacers game. But protesters never came, heeding calls from Stevante Clark and Black Lives Matter organizers to avoid the arena. Instead, they blocked rush hour traffic on nearby downtown streets.

Delivering Stephon Clark's eulogy Thursday, the Rev. Al Sharpton praised demonstrators for their restraint and urged them to follow the lead of the Rev. Martin Luther King Jr. and his advocacy of nonviolent protest.

"I want the folks in California to know that there's nothing wrong with how these young people are standing up," he thundered. "They're not being violent, they're asking for you to stop being violent to them."

More than 500 people packed into the church to celebrate Stephon Clark's life, remembering his dance moves, smarts and love for his two young sons.

Stevante Clark interrupted the musical and scriptural celebration by hugging and kissing the casket, leading the crowd in chanting his brother's name, pounding his chest and shouting. Others on the stage attempted to calm him, with limited success.

Sharpton hugged and consoled him and told the crowd not to judge how families grieve.

"This brother could be any one of us, so let them express and grieve," Sharpton said. "We are proud of them for standing up for justice."

Turning the focus nationally, Sharpton and others chastised President Donald Trump for failing to comment on police shootings of young black men. On Wednesday, White House Press Secretary Sarah Sanders was asked about the Clark shooting and demurred, referring to it as a local issue.

The Kings and their owner have been supportive of the Clark family.

West Sacramento resident Onyeabo Aduba, 33, said he canceled reservations Thursday at a restaurant near the arena for his girlfriend's birthday because of the protests. But Aduba said he's supportive of the Black Lives Matter movement and is frustrated that efforts such as requiring police to wear body cameras haven't made real change.