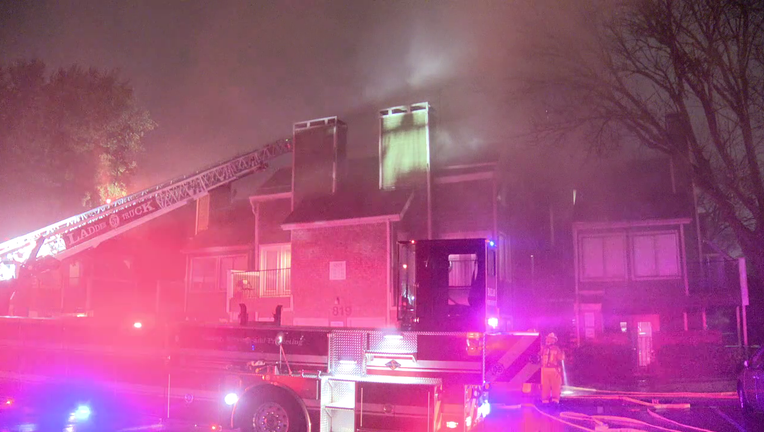 DALLAS - Firefighters called in extra help to battle a fire at a three-story condo building in northeast Dallas.

According to Dallas-Fire Rescue, the fire started around 1 a.m. Friday at the complex on Walnut Street, near Richland College.

When firefighters arrived the smoke and flames were already shooting through the roof. They had to call for extra help because of the cold weather and to give firefighters a break.

Investigators believe the fire was caused by a resident on the third floor who was using an open electric oven for heat. An item that was too close to the oven caught fire and the flames spread into the breezeway and attic.

The resident was able to escape with just minor burns. No one else was hurt.

The American Red Cross is helping several families whose condo unit was also damaged by the fire.