This week, the University of Oklahoma announced travel restrictions to several countries affected by the coronavirus.

ARLINGTON, Texas - The spread of the coronavirus is putting pressure on universities with students studying abroad.

The World Health Organization's list of countries affected by the outbreak grew to more than 50.

This week, the University of Oklahoma announced travel restrictions to several countries affected by the virus.

One Arlington family has a daughter in the program.

Students are weighing their options whether or not they should come home.

But even if they do choose that route, there's concern they may get detained or quarantined while on a layover in another country.

And OU will not allow anyone who's been to the affected countries back on their Norman campus for 14 days, until they get medical clearance.

“Not in a million years would I have thought something like this could've happened,” Nick Mundell said. 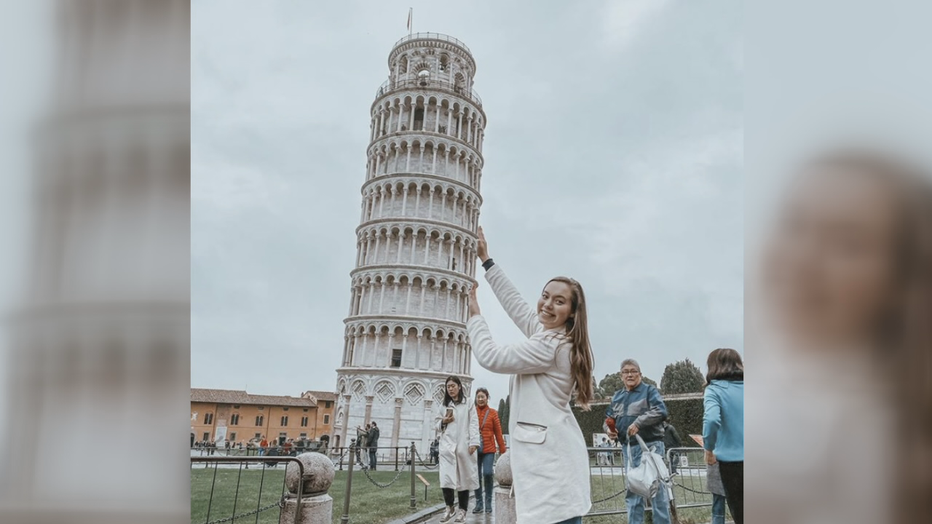 Nick and Leslie Mundell are closely watching the coronavirus outbreak in Italy from afar, as their daughter Amaya, an OU sophomore, studies in Arezzo, Italy.

“She's asked for some masks because those are hard to get over there and some gloves. So I'm sending those to her in the next few days,” Leslie said.

Though the family has considered options to get Amaya home, they've decided she's safer staying where she is.

“If she had to stop somewhere in Europe that she could get detained and quarantined for two weeks, which to me, that's more scary than being where she is, where I feel like she's safe,” Leslie explained.

“It's just one of those things where you're kind of left in the dark, just unsure of what's going to happen. I think that's the biggest fear,” Nick added.

Thousands of miles away, Amaya is with 28 other OU students in Italy, and said all of their travel and internships have been postponed.

“We've canceled a lot of our trips,” she said. “I was supposed to be in Paris today.”

On Wednesday, OU issued a ban on university-related travel to several coronavirus-infected countries, including Italy, where the number of coronavirus cases has grown to hundreds.

OU officials explained in a video the new policies came from the work of a group of more than 25 faculty and staff.

“To advise the provost and the president as to what OU's policy should be, it's been a marvelous collaboration, and I think that will continue to work as this evolve," it said in the video.

“I think the common thought is why are we safe enough to be here if they don't think other students and professors should come over?” Amaya said.

The new policies are putting their second semester abroad in flux.

“The teachers coming for the second half of the semester aren't allowed to come here anymore, so now it's kind of up in the air if our classes are going to continue here or not,” she added.

Texas A&M also announced Friday that they've canceled all university spring break trips to Italy amid the coronavirus outbreak, and have already suspended travel to China and South Korea.