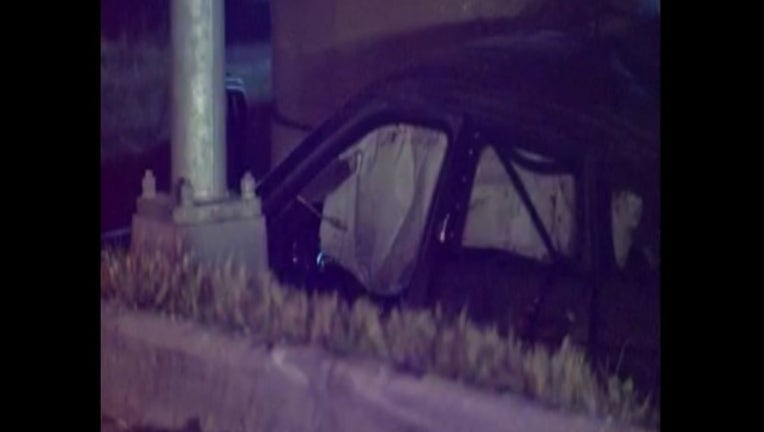 According to deputies on scene, a small SUV driving northbound on I-35 lost control while exiting at Royal Lane.

The vehicle hit the concrete barrier and guard rail before rolling over and coming to a stop on a grassy area.

two women in the SUV were taken to the hospital, and one woman later died from her injuries.

The sheriff's office is investigating the cause of the crash.