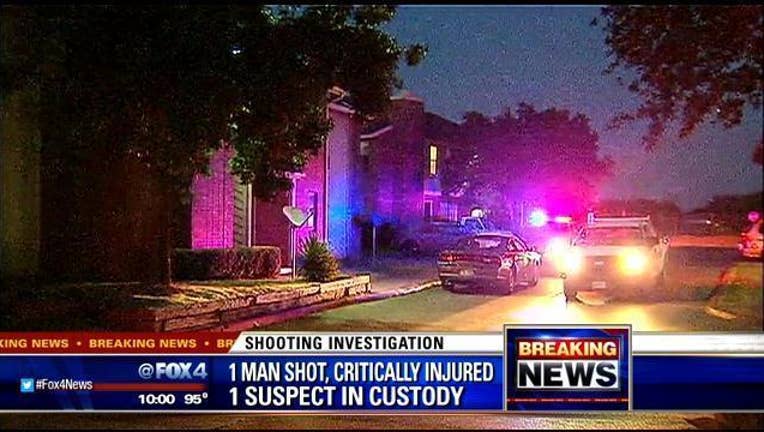 A shooting victim was critically injured in Balch Springs on Thursday night.

It happened just before 6:30 p.m. on Glennshire Drive near the intersection of 635 and Quail Drive.

Police say the shooting involved family members, and that a man shot the father of his stepdaughter's baby.

The man shot was critically injured after he was hit in the stomach area.

The suspect is in custody. He was still near the scene when officers arrived.