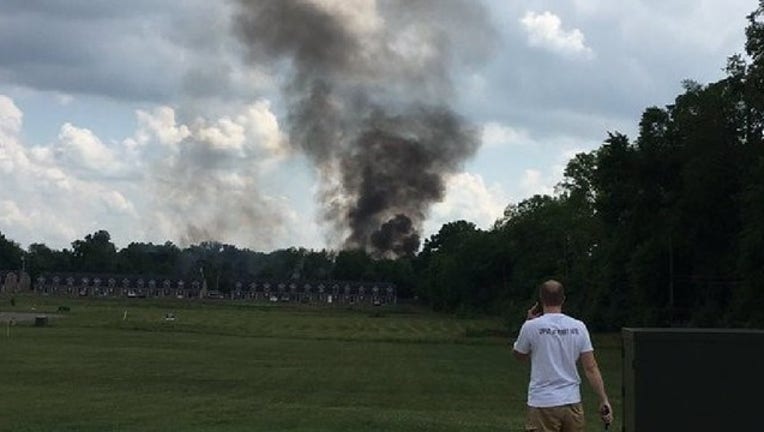 The crash involving the F/A-18 Hornet happened after 3 p.m. southeast of Nashville in the town of Smyrna, a Rutherford County dispatcher told Fox 17.

The Blue Angels are performing June 4 and 5 at the Smyrna airport.

The Blue Angels flew over downtown Nashville earlier in the day.

Earlier Thursday, an Air Force Thunderbird jet crashed south of Colorado Springs just after a flyover for a graduation of Air Force Academy cadets where President Obama had spoken.

President Obama met with the pilot shortly after the plane.

The F-16 crashed in a field near Peterson Air Force Base in Colorado Springs just after ceremonies at the nearby academy where Obama delivered the commencement address.

Authorities say no one on the ground was injured.