On Your Side: Online pharmacy offers generic medications at wholesale cost

DALLAS - For weeks, we have been telling you about many ‘new normals.’ Here's a ‘new normal’ you're sure to love.

For Tina Rueles and Kat Antonelli, finding the funds for their life-saving medication is a never-ending game of chess.

Rueles is a double lung transplant recipient, and her medications are not optional. If she doesn’t take them, she could go into rejection and die.

For Rueles, her antiviral medication, Valcyte, alone is $4,000 a month. The generic version is close to $2,000 a month. But thanks to a game-changing concept in prescription pricing, we found it for $120.30.

Zach Zeller is the president of Waco-based SciptCo Pharmacy, where your high-cost prescriptions are sold for pennies a pill.

ScriptCo is operated online through a fully-licensed mail order facility and offers pass-through pricing. You pay what they pay on the wholesale market. 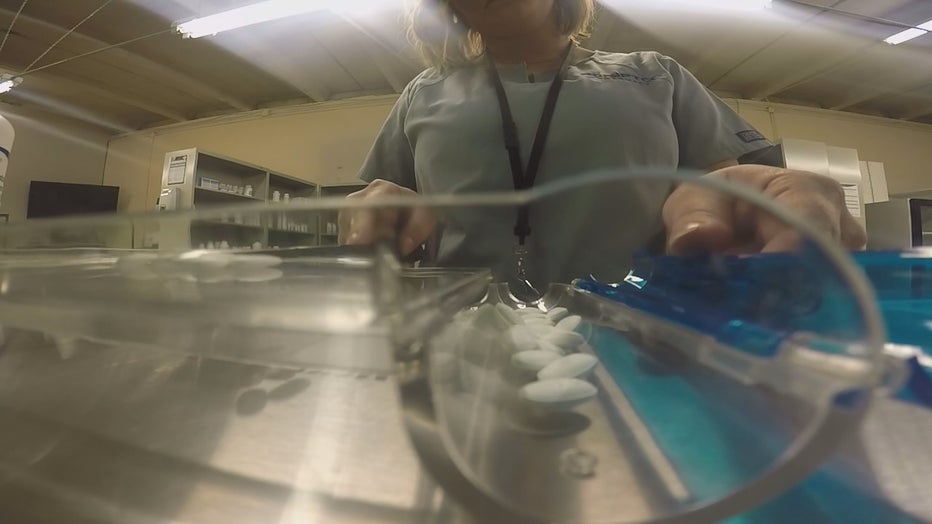 “It is the true wholesale cost. We're not pulling any punches. It is what it is,” Zeller said. “Sometimes, you're lucky. And I think we have just stumbled upon something that is truly a game-changer.”

ScriptCo sells generics. They come from the same U.S.-based licensed wholesalers that all the major pharmacies use.

“It feels too good to be true. Let’s be honest, when you're used to paying 100 a month for medication and all of sudden you can get it for $3, you think there's no way. There has to be a problem,” Zeller said. “And the reality is have you ever seen the true wholesale cost of any medication?”

The ScriptCo website offers upfront pricing through their search tool.

Some of the biggest money savers we found? Generic Wellbutrin at 8 cents a pill. Generic Viagra at 17 cents a pill. The generic for Imitrex, a name brand that can cost $100 for each dose, found here for just 15 cents.

Back at Antonelli's, the meds are mandatory and the near $700 a month cost is crippling.

“There are some days I'll go without eating so I can afford my medication,” she said. “People need these medications to live. I need them to live.”

For Antonelli, the program would give her a total savings of $6,740 a year.

“The pharmacy benefit managers are not going to like what we are doing when it comes to ScriptCo,” Zeller said.

ScriptCo does make money somewhere. Their model is membership-based.

For unlimited access, the membership cost is $120 a year or $45 every three months.

Antonelli will save more than that on just one mediation. Her $200 a month cost for generic Pristiq is slashed to $15.30 by the company that's rewriting the script on prescription prices.

“It feels unbelievable that I would be able to do it,” she said.

Antonelli signed up as a ScriptCo customer immediately after our interview. Not only is she saving thousands, but she can now take all of her medication as directed because cost if no longer a concern.