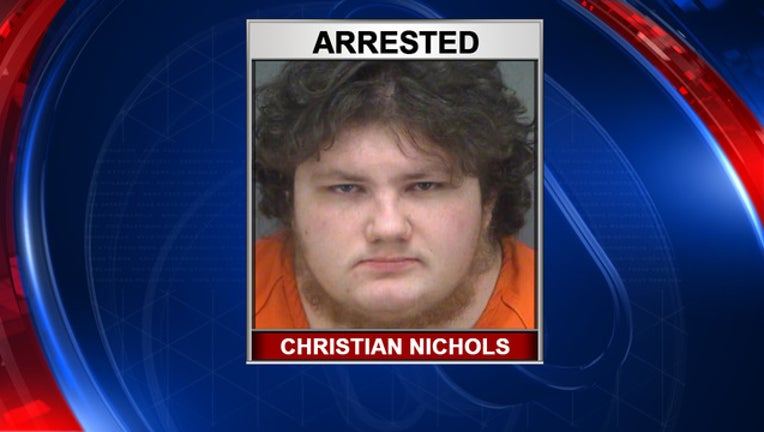 Detectives with the Pinellas County Sheriff’s Office began investigating after an out-of-state citizen found video and photos online of a man having sexual contact with a dog. The individual alerted Pinellas County Animal Services, and officials notified the sheriff’s office.

The man in the imagery was seen wearing a black-and-white Husky costume. The dog was clearly in distress during the inappropriate acts, detectives said. At one point the dog tried to run away, but the man hit the dog with a sex toy.

Detectives said they identified the suspect as 21-year-old Christian Stewart Oscar Nichols. They said when they contacted him at his home, he admitted to making the video and posting it online.

He was arrested on an aggravated animal cruelty charge. Pinellas County Animal Services removed two dogs from Nichols’ home, including the one seen in the video.

Detectives said there could be more charges filed against Nichols.