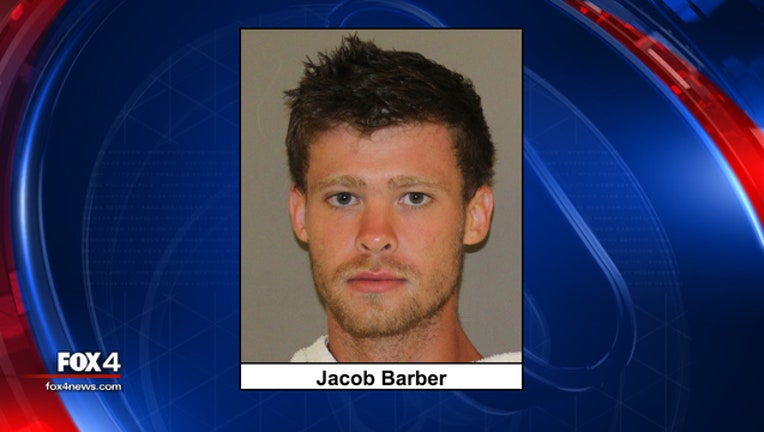 ROANOKE, Texas - A 21-year-old man wanted for murdering his father in Oklahoma was arrested in North Texas early Wednesday morning.

This arrest came after the Roanoke Police Department got a call at 12:11 a.m. about a suspicious person at the PetSmart located in the 1200 block of Hwy 377 N.

Responding officers found Jacob Allen Barber sleeping on his backpack up against the building.

Barber told officers that he was traveling south from Oklahoma.

A search of his name showed that he had an active first-degree murder warrant out of Cleveland County in Oklahoma.

He was then taken into custody, and is at the Denton County Jail waiting to be extradited back to Oklahoma