Officers save woman from overdose in Trophy Club using Narcan

Trophy Club police, using Narcan and technology, were able to bring a woman back after she overdosed.

TROPHY CLUB, Texas - Trophy Club police, using Narcan and technology, were able to bring a woman back after she overdosed.

"I got Narcan. You want to try to hit her with that?" an officer asked his supervisor.

"She's not responding yet, let’s do it," the supervisor responded.

This happened on May 4 and involved a passenger in a stolen pickup out of Kansas.

Trophy Club police were alerted to the stolen truck by the Flock security camera system.

When it detects a stolen plate, police get alerted.

Back on May 4, officers were there in less than five minutes after being alerted. They assessed her condition and administered Narcan nasal spray.

"And within a few seconds, we began to get a positive response from the female," Woodard said. "Essentially, she was waking up and able to communicate with us." 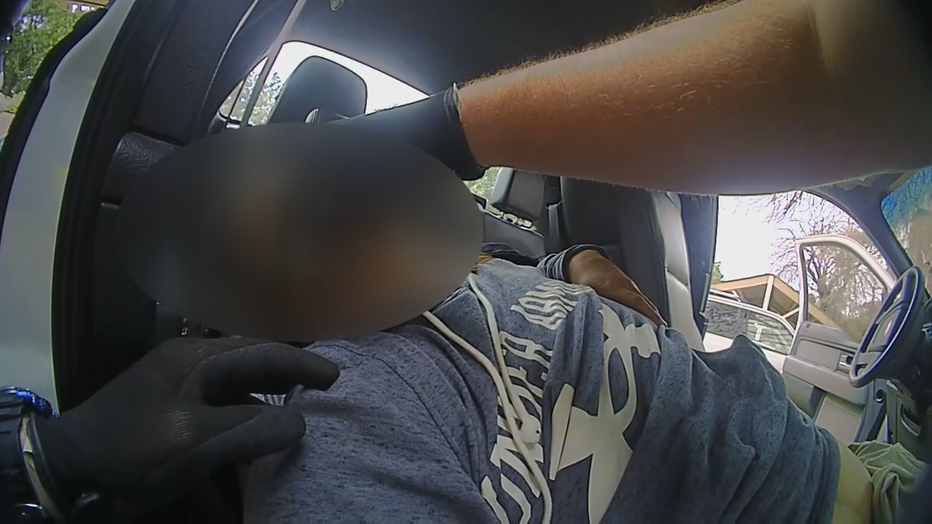 Narcan is now being carried by many law enforcement and first responding agencies.

Dallas police said only their narcotics officers carry the drug.

Fort Worth PD sees it as a tool for their officers, just like CPR.

"Right now, all of our recruits in the academy are receiving this training, so that whenever they hit the streets, they know how to use this," Fort Worth Police Department Sgt. Amy Heise said. "Currently, we have over 350 people in our department, throughout all of our units, that are administering Narcan when necessary."

Most often, paramedics are bringing people out of overdose with Narcan.

In October, Carrollton officers gave Narcan to a person losing consciousness in the back of a squad car after being arrested for stealing in a Walmart while high on heroin.

"Really, we can do no harm by at least trying to administer it and save somebody's life that way," Woodard said.

This life-saving effort is another example of how technology can help police and how Narcan can give people a second chance at life.