Officer recovering after being shot during training exercise

Sansom Park police officer Lina Mino is alive and out of surgery. She was shot during an active shooter training exercise in Forest Hill over the weekend.

FOREST HILL, Texas - A police officer is alive and out of surgery after she was shot during a training exercise Saturday.

A GoFundMe, confirmed by the officer’s family, reveals Sansom Park officer Lina Mino was shot in the face and will require additional surgeries as a result of the head trauma.

She is doing well after having surgery overnight. She is still in the ICU Sunday, but making significant improvements.

The investigation into the shooting is still ongoing.

The wounded officer is recovering as support pours in from all over North Texas.

White Settlement police posted the department had officers step in and cover the overnight shift in Sansom Park so that officers could be at the hospital.

"No reason why, in a training scenario, there would be live ammo like that in the building or in the room," said Charley Wilkison, who is executive director of Combined Law Enforcement Associations of Texas or CLEAT, the statewide police union.

Wilkison quickly learned the officer shot was Mino, who is one of his members.

He was relieved to learn she survived after being shot from a close range.

"Training is important, but these situations cause us all to take a pause," he added.

This was not intended to be a live fire training and questions still remain how live ammunition was mixed in.

A third-party company was contracted to conduct the training and provided the weapons used.

The name of the third-party company has not yet been released. 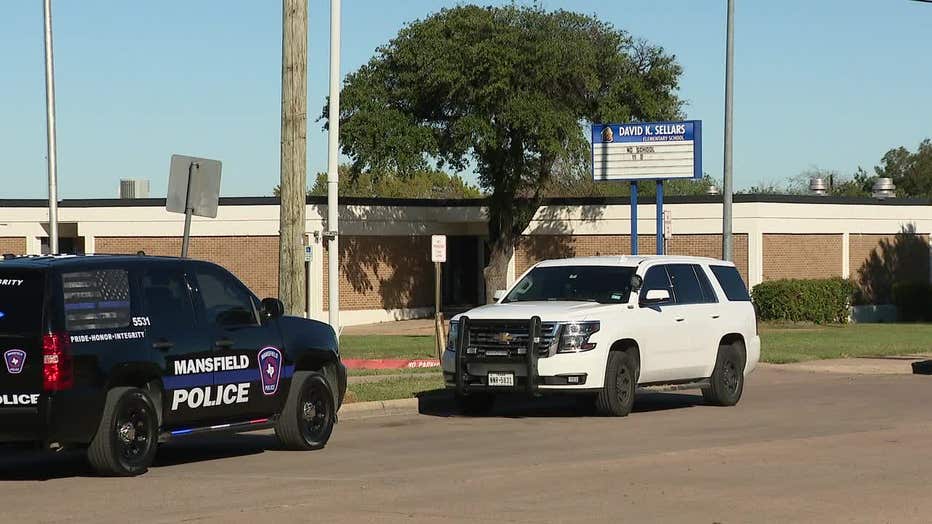 It’s still unclear which agency the officer who fired the weapon is from, and if that officer's status with their department has been addressed.

It’s a mix up now the Texas Rangers and Tarrant County Sheriff’s Office are investigating.

"It seems like it could be avoided," Wilkison said. "It’s the job of the officers on the ground, and the trainers, and the officers in charge to make sure nothing like this happens."